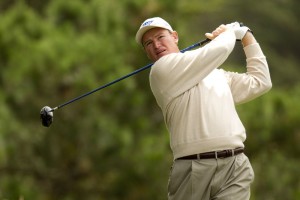 Here is Part 3 of my preview on what to look for from various players in 2010. I’ve covered Tiger Woods and Phil Mickelson, and then the rest of the world’s top 10. Here are 10 other players of interest:

Ernie Els
The main reason for Els getting back to the top in 2010 was better putting. After struggling on the greens in recent years, he started draining 15-to-25-foot putts, ranking 2nd from that distance, and holding his own on 5-to-15-footers, ranking 85th. He still wasn’t good on the short ones, though, ranking 152nd from 3-to-5 feet. On approach shots, he was very good from the 50-to-100-yard range, ranking in the top 10 in proximity to the hole. One cause for concern for the 41-year-old is that his driving distance was down to about Tour average without any improvement in accuracy (147th in hitting fairways).

Ian Poulter
Poulter’s reputation as a tough competitor was enhanced by winning the WGC-Accenture Match Play. But he didn’t play all that well the rest of the year, with only five top-25s in 15 events so his stats weren’t very good (the Match Play doesn’t count in the stats). The strength of his game is putting. In 2010, he ranked in the top 20 in putting from 3-to-5 feet, 5-to-15 feet, and 15-to-25 feet. The difference from 2009, when he played better overall, was that he hit the ball closer to the hole that year and also scrambled better (ranked fourth in getting up and down). But he was 181st and 178th in greens in regulation the last two years, which can’t completely be explained away by strength of schedule. If he wants to step up to the next level, his ball-striking must improve.

Matt Kuchar
Kuchar made the leap from mediocrity to the top of the Tour in just a couple of years, landing at No. 1 on the money list and scoring average in 2010. He did it by significantly improving every aspect of his game, except the one that was already among the best on Tour—scrambling around the greens. He ranked 14th in getting up and down in 2008 and 5th in 2010.

The main question for 2011 is whether he can make those gains permanent or will he slip back in some areas.

Dustin Johnson
Dustin Johnson is exactly what you think he is as a player. He crushes the ball (3rd in driving distance at 308.5), but is wild off the tee (172nd in hitting fairways). His length enables him to play an aggressive style. In fact, in 2010 Johnson went for the green on reachable par 5s and par 4s more than any other player (71.9 percent of the time). That helped him play par 5s in a 4.58 average (5th on Tour) and lead the Tour in eagles while ranking 8th in birdies.

Johnson’s GIR percentage has steadily improved in the last three years. Unfortunately, he was still a below-average putter in 2010 when you look at how he performed from various distances (127th in total putting). Also, he was only 139th in getting up and down. Even with that, he still was in position to win two majors last year coming into either the last round or the last hole.

Johnson can live with missing fairways. But he was burned in 2010 by some off-the-world misses, so it would help if he can corral those enough to at least come closer to the fairway. And his short game and putting need refining.

Clark ranked 1st on Tour in proximity to the hole on approach shots in 2010, the third time in four years he led that category. Here’s an example of where even the Tour’s deeper stats still need to be analyzed carefully. Not going for the green on par 5s or short par 4s it actually helps in this stat—he’s hitting a wedge for his approach shot on some holes where long hitters are hitting their approach shots from 250 yards or more. What he gains in proximity to the hole on approaches he loses on not having the chance for eagles or two-putt birdies.

Even taking that into consideration, Clark really is an excellent iron player. He ranks in the top 30 in proximity to the hole at all distances under 175 yards and in the top 40 at all distances under 250 yards. His GIR numbers aren’t that great, which must indicate that he’s firing at the flag. So, while he’s not going for greens in less than regulation figures, he is aggressive on his approach shots.

Clark annually does well in putting and scrambling stats, the former perhaps a bit surprising since we think of someone who uses a long putter as doing so because of weakness on the greens. And his driving accuracy is getting better, it’s only in the last couple of years that he has cracked the top 10.

Clark’s main problem—and a big reason he has only one career victory—is par-5 scoring. Even with an excellent wedge game, he’s still not going to do as well on par 5s as pros who are getting there in two. His 4.71 average in 2010 ranked 97th. Unfortunately, there’s not much he can do about that—it’s too late in his career to start changing his swing in attempt to gain distance and too late in life to grow from 5-foot-7.

Rickie Fowler
During a rookie season that showed much promise at age 21 (he turned 22 in December), Fowler’s ball-striking outshined his short game. He was a good overall driver of the ball, at 47th in distance with decent accuracy (86th). On approach shots, he ranked 9th in proximity to the hole and 22nd in hitting greens. But he was 66th in getting up and down from around the green and 72nd in total putting (combining his putting from various distances). He was poor from the sand, ranking 165th in proximity to the hole from greenside bunkers. Let’s hope he did some work on and around the greens this past off-season.

Anthony Kim
Kim’s stats from 2010 are perhaps not very meaningful since he struggled mightily after returning in August from a three-month absence due to thumb surgery. His driving distance rank plummeted from 16th in 2009 to 101st, presumably because of the affects of the thumb injury early in the year and his rustiness after it. In his best year, 2008, Kim hit the ball a long way, demolished the par 5s, and—not so widely recognized—putted extremely well. Regaining that putting touch will be a key for him.

Adam Scott
It’s widely accepted that Scott has been held back by his putting. That’s true, but we can get more specific than that. He’s been held back by his short putting. For the last three years, he’s been one of the worst putters on Tour inside 10 feet. His best ranking from 3-to-5 feet has been 172nd, his best from 5-to-10 feet has been 180th. That’s why he has more three-putts than just about anybody: average ranking in three-putt avoidance the last three years is 180th.

But in his better years, of which last year was one, he does make his share from outside 10 feet. In 2010, he ranked 17th on 15-to-20-foot putts and 24th from 20-to-25 feet. After eight years on Tour, there might be too much scar tissue for Scott to suddenly become reliable on short putts. But it’s tough to win majors when you’re so shaky on the short ones.

Hunter Mahan
Mahan won twice in 2010, which was a step forward, but week-in, week-out didn’t play as well as he did in 2009. He missed six cuts and had three top-10s in 2010 compared to missing only one cut with six top-10s in 2009. Driving for a combination of distance and accuracy is his strong suit, and that remained steady. But he didn’t hit as many greens nor did he putt as well in 2010.