Let’s see — on any given day a group of average golfers, maybe even the group you’re in, is likely to improve the ball’s lie even in the fairway or wipe off some mud before hitting a shot. Look in their bags and you could well find 15, 16 or more clubs and the ball they tee up might be one of those deemed “non-conforming” not to mention the driver they’re hitting.

As the round progresses mistakenly hitting the wrong ball is a matter of, “Gee whiz, I didn’t really do that–did I?” and re-hitting rather than adding on penalty strokes. Once on the green many of our friends will putt with the pin still in the hole, though to be honest, I have never seen ladies doing this, only men.

And to cap everything off, after discovering the ball has taken a sharp left turn into water or especially if it has swerved to the right out of bounds, there’s no long walk back to the tee. A ball gets dropped near where it disappeared and a stroke is added to the score.

That is the reality of golf today and it’s definitely not the way the game should be played as envisioned in the rules set by the United States Golf Association. For most of us, to play by these “tournament rules” during a casual round on a Tuesday after work just doesn’t happen and in fact the vast majority never play a single round strictly following the USGA Rules of Golf.

Add to this another bit of reality no one seems to want to talk about. Golf associations around the country are using scores from rounds played as described above to calculate “official” GHIN Handicaps. Handicaps which therefore are wildly incorrect. But then this may not be a really huge deal since less than 15 percent of golfers have a USGA Handicap though they are the ones who tend to play in events requiring one. 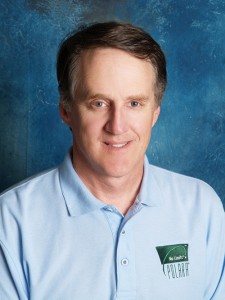 Enter the Recreational Golf Association of America, the brain child of Dave Felker who believes the rules you play your round by should be determined by fairness, the spirit of the game and your group of players.

For example some of RGAA Rules say:

“The ball may be lifted, cleaned and placed without penalty at any time.”

“If the wrong ball is played the shot/s should be replayed from their original position/s.  There is no penalty for hitting the wrong ball.”

“The Rules of Play are to be agreed upon in advance by the players before teeing off on the first hole. The highest authority for settling disputes is the foursome or player’s group. They may ultimately decide what is right under all circumstances.  Players may agree to add, waive or amend any Rule.”

“Any commercially available balls and clubs are deemed acceptable for play.”

“If the ball is in a “non-standard” condition for the location, it is acceptable to improve the position or lie of the ball one club length except on the putting green. Such “non-standard” conditions include divots, bare or uneven turf, temporary water, cart paths, sprinkler heads or hoses and unraked sand in a hazard. The ball may be lifted and placed one club length but not closer to the hole. When improving a player’s lie the lie should not be moved from the rough to the fairway, from the fringe to the green or out of a bunker to the rough or fairway.”

“The flagstick does not need to be removed unless it is requested by the player who is chipping or putting.”

“If a ball comes to rest out of bounds, in a water hazard or lateral hazard, the ball should be placed as near as possible to where it went out of bounds or entered the hazard and not closer to the hole.”

Sounds like a reasonable, realistic way to play though admittedly some will want to stick with the USGA Rules and these more realistic rules are definitely not the way to run serious competitions. But that’s not what the RGAA is about. It’s about what average golfers do in an average round and how to help them have fun, probably the single biggest way to both retain and attract players to the game.

Felker was part of the original group that developed Callaway Golf’s ball business and is now president of Polara Golf makers of balls and drivers that do not conform to the USGA standards for equipment performance…on purpose. For example the Polara ball is designed with a dimple pattern that makes the ball tend to fly straight, self-correcting the hooks and slices that plague recreational golfers.

The Polara Advantage driver is also outside the “Rules of Golf,” the ones determined by the USGA and the R&A. The Advantage’s clubhead is too large making it much more forgiving on mishits but most significantly the clubface has too much rebound. This excess trampoline-effect means the Advantage hits the ball a lot longer than the conforming drivers made by the major manufacturers.

Executive director of the RGAA John Hoeflich, is an industry insider who presently runs his own consulting firm but has held senior positions at Tommy Armour Golf, Titleist and TaylorMade-adidas Golf plus had a stint as president of Nickent Golf.

Both men see the Recreational Golf Association as an alternative to the USGA not as a replacement. For example Hoeflich wrote in answer to a question concerning the RGAA getting into the calculation of handicaps, “We are continuing to refine our plans. I think in the short run we won’t offer handicaps but might offer to track ‘average score’ for members. When you think about it, this is the way most golfers calculate the differential between their abilities. We will encourage all golfers to obtain a USGA handicap and post their scores as usual.”

Like other things having to do with the RGAA a realistic approach moving past restrictions for average golfers with the focus of making golf fun for recreational and casual participants. Those who enjoy golf but have no need to play by the same rules as professionals and elite amateurs will enjoy a visit to RGAA.org and might even consider becoming a member. There’s no cost.