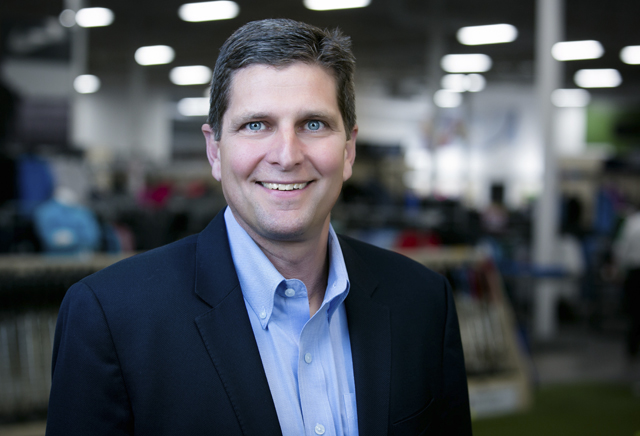 PGA TOUR Superstore hasn’t bought into all the doom and gloom used by some to describe the golf equipment industry. For them the glass isn’t half empty and in fact the Atlanta-based chain has been following a controlled plan of expansion to manage growth for the long term.

The opportunity for additional insight to this golf retailing success story came in an interview with Randy Peitsch, PGA TOUR Superstore’s Senior Vice President of Operations. Peitsch has been in the top spot guiding day-to-day operations for the past two years after a five-year stint as vice president in charge of hard goods prior to which he was in divisional management at Sports Authority.

We questioned Peitsch about how PGATSS can accomplish growth in an unfavorable golf retail environment.

“It begins with hiring really good people, training them and then backing them,” Peitsch responded. “We can then focus on the consumer experience. We are not in the transaction business. We are in the relationship business.”

Well said but it should be pointed out that for the past several years the golf equipment business has euphemistically been called a “difficult market” with several events adversely affecting both the makers and sellers of equipment.

Golf retailers of all sizes have closed including the 463-store Sports Authority plus Golfsmith shuttered most of their locations after being purchased by Dick’s Sporting Goods. Dick’s, the sports retailing behemoth with over 700 locations, has reduced store floor space allocated to golf though recent statements by top management indicate they may be encouraged with the prospects for increases in golf equipment and accessories, particularly their private brands such as Top-Flite. 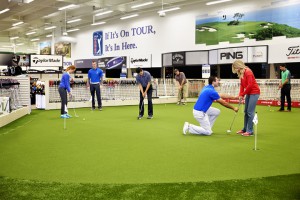 Manufacturers too have struggled with the largest, Acushnet Holding Corp (NYSE: GOLF), making a tepidly received public stock offering in late 2016. The former Fila Korea subsidiary, maker of several of golf’s top brands including Titleist and FootJoy, reported flat sales in 2017 but an increase in net income of $47 million.

In May 2017 TaylorMade Golf, the third largest equipment maker, was sold by Adidas (OTCMKTS: ADDY) for a bargain-basement price to an investment company and in third quarter 2016 Nike closed its golf equipment division. Niche manufacturer Ben Hogan Golf filed for bankruptcy and during its recovery has opted for a consumer-direct strategy.

On the positive side the second largest equipment manufacturer Callaway Golf (NYSE: ELY) finished 2017 with 20% higher sales than the previous year mostly on the strength of its Great Big Bertha Epic line of metalwoods. Midsize manufacturers such as Tour Edge Golf, Bridgestone Golf and Cobra Golf also have said they did appreciably better last year and are looking forward to even more gains in 2018.

Many are saying we are seeing the first signs of some stability in golf retailing and certainly PGA TOUR Superstore is well positioned to take advantage. The company opened three new locations in 2017 for a total of 31 and number 32 opened in February with number 33 set for the Houston, Texas market.

Impressive, in fact very impressive, for a year when the number of U.S. golfers continued to decline. Golfer consumers are responding to PGATSS’s extensive inventory, competitive pricing and perhaps even more to the service they receive whether online or in-store. 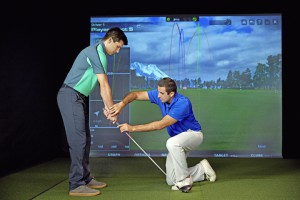 trip to PGATSS has been compared with a visit to Home Depot and it should be since the private-held PGATSS is part of the AMB Group one of the Blank family endeavors along with the Atlanta Falcons (NFL), Atlanta United (MLS) and Atlanta’s Mercedes-Benz Stadium. Family head Arthur Blank was one of the founders of Home Depot, retiring in 2001 as co-chairman.

Blank said of the success his stores have had in an uncertain retail environment, “At PGA TOUR Superstore we’re using the same philosophy that drove the Home Depot’s success and revolutionized the home improvement industry.  We offer a variety of products at value prices, incredible services and employ the best associates to provide a level of customer service that keeps visitors coming back because they love the experience.”

Most consumers acknowledge a visit to a PGATSS has a different feeling from the usual big box retailer. Employees invariably greet you and then thank you when you leave, an everyday example of customer relationship building.

Peitsch pointed out, “We focus on the consumer experience. If we do everything the right way, we win out over the competitors.”

True certainly but beating the other guy also takes the proper pricing, inventory and profit margins.

According to Peitsch, “Margins have to be in the first sentence of any discussion and the partnerships with manufacturers are very important.” Then as if anticipating my next question, “The trend in our margins has continued upwards.”

Funds to pay for expansion must come from 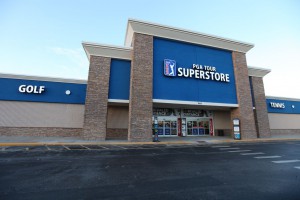 either borrowing or consistent profitability. Without the proper margins profits soon are nonexistent and discussing the entire business of PGATSS Peitsch made a critical observation, “Pay attention to the process and the results will come.”

Questioned about expansion plans Peitsch then said, “The cost of retail space drives the selection of new locations.” So, in addition to golfer demographics, brick and mortar economics dictate whether a site is viable or if even an entire market is suitable.

Peitsch commented that though they may be “under penetrated in the market we are the fastest growing and expect to open a store every other month, so we will have 50 by 2020.” That would be a 50 percent increase in just three years and average store size at the end of 2017 was 40,000 square feet making them the largest off-course retailer in golf in terms of average space.

It’s plain there is no “secret” to PGATSS success or maybe their secret is the relentless application of good business principles matched to an understanding of their customers.

Refreshing to say the least.