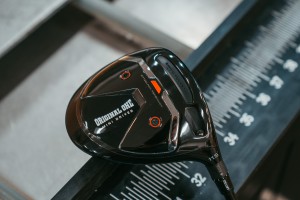 I have been playing this game long enough to remember when driving range drivers became mainstream. It was 40 years ago, and Gary Adams had this thing called the “Taylor Made Pittsburgh Persimmon.”

The head was cast from stainless steel, it had a 12° loft and hit the ball a mile even for those of us in the “swing challenged” category. Back then going to a driving range wasn’t a TopGolf experience. The clubs were old, dinged, chipped and one of the first things you did was sight down the shaft to make sure it was somewhere near straight. In general clubs were pathetic but as bad as they were, I cringe to think about the golf balls where often round was not an option.

The guys on Tour being a conservative bunch took a while to be convinced that a driving range driver was the future—it took until 1981 for a Tour win, Ron Streck at the Houston Open–but soon they found what the rest of us already knew this fellow Adams was on to something. The something became TaylorMade Golf and the company went on to develop advances in materials, design and manufacturing that literally changed the game forever. Think adjustable weights and adjustable hosels, face slots in irons, polymer injected driver heads. 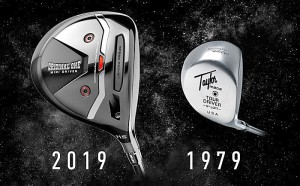 The Pittsburgh Persimmon was the beginning. The first successful player’s wood no longer made of wood and it led to the demise of clubheads from persimmon or of glued layers of woods such as maple.

OK, the history lesson is over, but it was necessary to put into context how TMaG for four decades has been an innovation leader and as a segue into their latest driver model the Original One Mini Driver.

Five years ago, TMaG brought out the SLDR Mini and the next season the AeroBurner Mini with head sizes of 260cc and 253cc respectively. The Original One is larger at 275cc making it bigger the typical 3-wood by about 100cc.

Describing the Original One Tomo Bystedt, Senior Director, Product Creation for TaylorMade said when the club was launched: “For the past 40 years, TaylorMade has continued that legacy of innovation with game-changing technologies, engineered to help golfers perform at their best. The Original One Mini Driver incorporates that heritage of innovation with key performance technologies, packed into a confidence-inspiring shape that delivers on distance, forgiveness and accuracy.”

The titanium body has a sole plate of steel weighing 50 grams and a carbon composite crown similar to the M series drivers which means the center of gravity is very low producing the versatility for use off the tee or out of the fairway. A neat touch are the words “Pittsburgh Persimmon” on the sole of the Original One, a reminder of the of the 1979 metalwood. 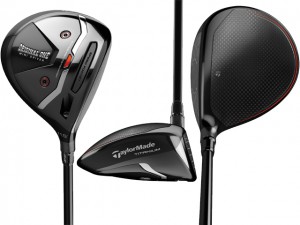 Key Features: 275 cc head Speed Pocket Sole Slot Twist Face construction 12 position adjustable hosel ± 2° Interior Face has Inverted Cone design
Retail Price & Availability: $400 at retail now
Need To Know: Twist Face design helps to compensate for hooks hit high on the toe with more loft and more open face while slices hit towards the heel are lessened by lower loft and a slight closing of the face angle. Choice of 11.5° or 13.5° lofts. Stock shaft: Mitsubishi Diamana F Limited 55g (R-flex), 65g (S-flex) and 75g (X-flex). Length is 43.75” or 1.75” shorter than M5 or M6. All Original Ones are a D3 swing weight. Can either replace the driver or fairway wood or played as a longer fairway wood particularly for higher swing speed players. Shorter shaft to lower shot dispersion and sole slot for impacts low on the face such as from the fairway.