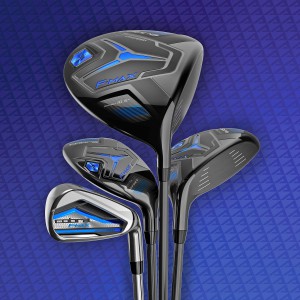 Cobra Golf is known for high performance clubs played by better amateurs and Tour professionals. Fans are used to seeing Lexi Thompson, Rickie Fowler and Bryson DeChambeau (this week Jason Dufner was signed) walking the fairways with the Cobra logo on apparel and bags.

However, as pointed out when the original F-Max driver was introduced over two years ago, Cobra has a big stake in providing clubs for those average golfers with what is usually called “moderate” swing speeds. They recognize some of us at least are getting older and no longer able to generate the power we formerly did. Thankfully Cobra gives this growing demographic a top-of-the-pile priority.

Their latest club family, the F-MAX Airspeed, has been specifically designed for slower swings which you can read to mean seniors and ladies and Cobra tells me they are both their lightest and most forgiving club lineup ever.

Quoting Tom Olsavsky, VP or R&D for Cobra in the F-MAX Airspeed announcement, “Not a single aspect of club design was overlooked when we were trying to maximize the weight savings in this line. We even use an unpainted shaft with clearcoat and a decal design to save two extra grams of weight over a typical painted shaft. That is a perfect illustration of the level of detail than went into making these clubs as lightweight as possible.”

An unpainted shaft to save two grams? That shows a level of commitment to which average golfers should pay attention.

The F-MAX Airspeed family includes for men and women driver, fairway woods, hybrids and graphite-shafted combination sets of hybrids and irons plus a men’s iron model. 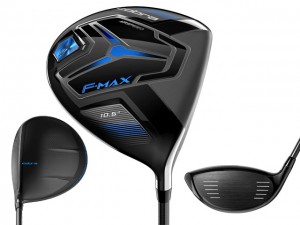 Re-engineered drivers, significantly lighter compared to the previous model, head the lineup. The crown is now carbon fiber rather than titanium a reduction of 10-grams. This weight was moved to the rear of the clubhead towards the sole to lower the center of gravity. After these changes the head weighs 2 grams less but thanks to weight redistribution the very high MOI of 5,000 of the previous model was retained with no sacrifice of forgiveness. 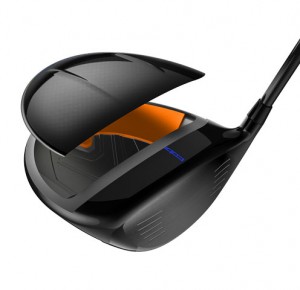 shaft is stock picking up 5-grams and a 41-gram Lamkin midsize grip saves another 6-grams dropping club weight by 11 grams. The final package is an ultra-light 285 grams compared with the previous 298 grams of the F-MAX. The point is however this is a lighter club, some 40+ grams less than most drivers, and can be swung faster for more yards down the fairway.

We were also attracted to the irons in the family. Olsavsky was quoted, “For golfers who love the game but just don’t swing it with the same speed they used to, the F-MAX AIRSPEED irons are a great choice. We are confident that the combination of easy launch, low spin, and increased clubhead speed that these irons provide, will make the game much more enjoyable.” 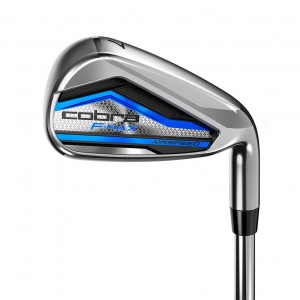 iver with lighter shafts (5 grams less) and lightweight grips combined with low profile perimeter weighting in a true super game-improvement cavity back design. Men’s irons will be offered in a 7-piece set of 5-PW, GW with steel or graphite shafts and a graphite combo set with a choice of hybrids and irons.