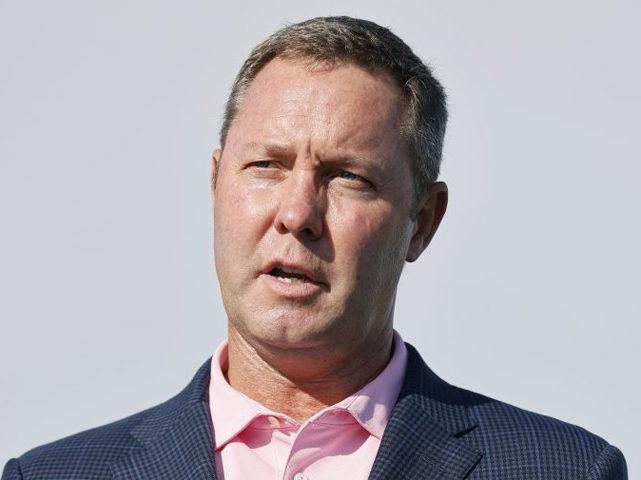 The choice of Michael Whan, who recently announced he was leaving as Commissioner of the LPGA Tour, to replace Mike Davis as CEO of the United States Golf Association is an opportunity for the betterment of golf at every level.

Whan’s resignation from the LPGA Tour’s top spot ended the longest an undisputedly most successful tenure of any commissioner in the Tour’s 70-year history. Taking over from Carolyn Bivens in 2010 the schedule was just 24 events; prize money had shrunk and relationships with players were tense. Whan leaves to rave reviews after expanding the schedule to 34 events and increasing prize money 80 percent to over $76 million.

At the USGA Whan will find the Association’s relationship to the game is at a crossroads with many believing the ruling body has lost touch. The Association has acknowledged this by “modernizing” the Rules of Golf with changes in wording and application, but one significant barometer of recreational player attitude is negative, the number taking part in the Golf Handicap Information Network (GHIN). Currently 2.3 million or less than 10 percent of the approximately 24.3 million U.S. players have a GHIN handicap, and the number has not been increasing.

The game’s elite, those on the PGA Tour, have been critical of the USGA in several areas. To improve relations in 2019 the Association hired former Tour player Jason Gore, but front burner issues remain including conduct of the national championship U.S. Open; Rules changes and interpretations not to mention the 600-pound gorilla in the room, equipment regulations.

The USGA has taken the position professionals hit the ball too far saying older courses have become obsolete and to maintain scoring at historical levels many top-level event venues require lengthening. In conjunction with the Royal & Ancient a Distance Insights Project was initiated to study the distance issue particularly off the tee by professionals.

Though the final report has not been issued there is no doubt of the outcome as the current CEO Davis has gone on record saying before his term of office was over, he would see the ball rolled back.

So, we are faced with all but absolute certainty either the ball or clubs or both will have performance curtailed to satisfy an opinion that does not necessarily reflect how most golfers view the game.

Put another way, no one has ever quit golf because they hit the ball too far or the game had become too easy. The USGA has not put proper emphasis the most important part of the discussion, namely what do the fans supporting the PGA Tour think.

Fans are interested and excited by pros hitting the long ball. This seems to be forgotten and as any businessperson can tell you, it is always a mistake to ignore customers. Paraphrasing world renown instructor Hank Haney, people don’t go to a ball game to see a bunch of bunt singles.

Whan has the opportunity to use his proven skills to bring an enlightened, fresh, market-oriented customer-friendly perspective to the Association not simply rubber stamping the present view of traditionalists. The idea of restricting drivers or golf balls because a few talented athletes can make their tee shots go 300 yards must be rethought and making a separate set of Rules for regular players is not in the spirit of the game.

The relevancy of the USGA is at stake and for the good of the game needs to be improved.