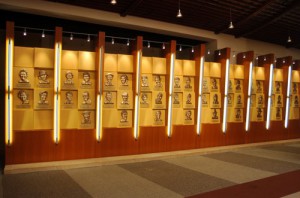 The other day sitting around after a round of golf discussing our favorite topic and commenting about Adam Scott’s attempt to defend his Masters title. Virtually impossible we concluded but that lead to a question none of us were able to answer with certainty.

Of the currently active players on the PGA Tour who after Tiger and Lefty have the most wins. The usual suspects were named and after taking advantage of smartphone technology my guess (shared with several others) of Davis Love III was confirmed.

This incident however prompted my thinking as to the reasons why the World Golf Hall of Fame recently made such a massive change to the process of selecting those get their names on the wall in St. Augustine.

To illustrate the problem and why it was a good thing to revamp the enshrinement selection process take a look at the list of currently active Tour players. And let’s set aside for a moment the number of major championships since too often that’s the only focus especially by my media colleagues. Plus we should add in their international wins since some such as Colin Montgomerie have spent most of their careers playing in Europe (31 wins) and have never won in the U.S.

The list is headed of course by future Hall of Famer Tiger Woods with 79 PGA Tour victories and 12 internationally followed by Phil Mickelson, inducted into the Hall in 2012, with 42 on Tour and 4 around the world. Then it drops back to Hall member Vijay Singh at 34 and 22. 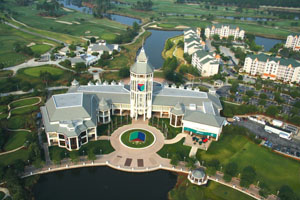 Els and Couples are Hall of Fame members already but Couples’ induction at least and certainly Montgomerie’s who has no majors were a big reason why the Hall of Fame’s board decided to make drastic changes in the selection criteria and process.

For me the need was obvious when they made decision under the old method of voting that lowered the standards for admission from 75 percent of the votes to 65 percent to finally the candidate receiving the most votes over 50 percent. I think it’s a classic case of shooting yourself in the foot—trying to solve the problem of current players not measuring up to the records of those who preceded them by making it easier to get elected.

I’m reminded of the sports leagues for kids’ that give everyone a trophy for merely showing up.

What are the chances the current crop of “stars” on Tour will better the records of those in the Hall? Will Adam Scott achieve more majors or how about DJ or Patrick Reed or Rory?

Boy, talk about a guessing game!

The Hall had become a recognition not for play in the Hogan-Nelson-Palmer-Nicklaus-Player-Trevino-Miller-Watson-Mickelson category but for something less and golf fans responded with a collective yawn. Let’s hope the new criteria changes that because the fans, the game and the great players already members of the World Golf Hall of Fame deserve it.