The American’s Ryder Cup loss to a top notch European team was obviously due to two reasons.

First they could have played better, in a couple of cases a lot better and second Captain Tom Watson never provided effective leadership, neither intellectual, emotional nor administrative.

Around the big table in the grill at my club predictions of the outcome before play started ran between “It could be close,” to “Not a snowball’s chance in Hell.” Not a single one said the U.S. would win outright, which of course probably says more about our effectiveness as prognosticators than any knowledge, inside or otherwise. 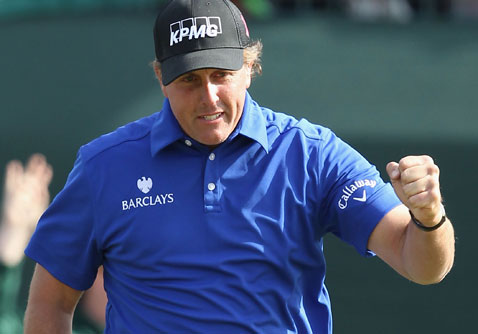 However, what was thoroughly predictable was the media picking up on Phil Mickelson’s post Ryder Cup comments and painting the Hall of Famer with the brush of disloyalty…and worse. However, it then came out Lefty was responding to not only the defeat at the hands of Paul McGinley’s Euros but the berating Watson gave his team Saturday night in front of wives and girlfriends, caddies and PGA of America staff.

Watson’s pre-Sunday words were not an “upper” to get everyone charged up to take back the Cup and done in public it was uncool and unprofessional.

Mickelson took the floor that night and tried to turn the mood to upbeat—“let’s go get’em”—“we’ll take the Cup back in singles tomorrow.” Possibly not a “win one for the Gipper” but close and miles away from the downer the titular captain had administered.

There was no question it reflected Mickelson’s true feelings but it was also an attempt to get the team ready to win on Sunday. Unfortunately they couldn’t pull it off but it’s significant the only one who had the gumption to act in the face of the negativity created by Watson was Mickelson.

That’s leadership, the kind we need for a Ryder Cup captain.