ECCO, the Danish brand that led the spikeless revolution in the golf shoe industry, has been named “Official Footwear Supplier” to the 2013 European Solheim Cup team. ECCO will create special-edition shoes exclusively for the squad’s players and captains. The Solheim Cup will be held at Colorado Golf Club outside Denver, Aug. 13-18. 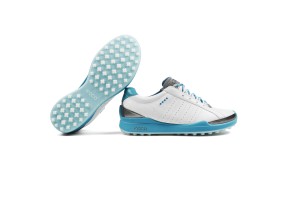