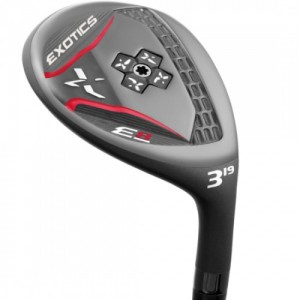 Deep cut away steps positioned back in the heel and toe of the sole, according to Tour Edge, make shaping shots off the tee and the turf easier than ever for players of all abilities.