Cobra Golf is returning to a familiar royal name for its newest product launch. The company is introducing the King Cobra LTD driver that features what it calls a “SpacePort’’ design that allowed the brand’s R&D team to position the center of gravity (CG) and make Cobra Golf’s key internal speed and stability technologies visible for the first time.

“The King Cobra franchise is synonymous with the brands’ heritage. Now, the new KING LTD driver is the next generation of product under the ‘King Cobra’’ name, building upon the legacy created by Cobra Founder Tom Crow, in 1990,” said Tom Olsavsky, vice president of research & development COBRA Golf. “We knew that if we were going to reintroduce the King Cobra it had to be something much more advanced and special, incorporating innovative technologies that would only surpass its legacy. And we are confident we did that with the King LTD driver.’’ 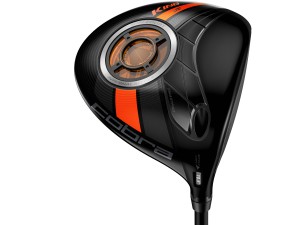 The King Cobra LTD driver, available in November with a suggested retail price of $449, also is the first major product launch of Cobra’s R&D team under Olsavsky, a highly-respected club engineer who joined Cobra Golf in late 2013 after several years at rival Taylormade-adidas Golf.

According to Olsavsky, September 2014, Cobra Golf teamed with The Center for the Advancement of Science in Space (CASIS) and Nanoracks LLC, on a materials science research investigation that launched on board SpaceX CRS-4 and was on the International Space Station for six weeks. Taking design inspiration from the Space Station’s cupola module, a nine-foot, 10-inch earth and space observation platform, the King LTD driver features a “SpacePort’’ window that is incorporated into the sole of the driver.  This unique structural design feature is locked in place by the use of Spiralock thread technology, which is designed to withstand high vibrations and loads during impact without over tightening or loosening. The result is a sleek aerodynamic exterior.

In total, according to Olsavsky, there are more than 28 grams of discretionary weight strategically positioned in and around the Port perimeter positioning the CG low and to the back of the club head.

Through key structural component weight reduction and critical placement of the discretionary weight, Olsavsky said Cobra Golf has created the lowest CG on the driver market today.  Depending on the head configuration, Olsavsky said the CG is on or below the “Neutral Axis”, a perpendicular line extending back from face center, delivering “Zero CG” technology.  The ultra-low CG improves the efficiency of the club head to ball impact and allows golfers to achieve higher ball speeds, higher launch angles and lower spin, all three contribute to distances gains off the tee.

“The KING LTD is the only driver to ever reach below Zero CG – by combining the Space Port with new materials, the KING LTD reaches optimal performance, never been done before by any other driver to date,” Olsavsky said.