No major equipment companies have been willing to comment on the record, but there are rumblings in the equipment industry that some OEMs are talking to executives at the Chinese foundries that manufacture their club heads about establishing satellite facilities in Mexico. 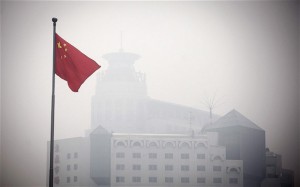 It makes a certain amount of sense because OEMs constantly are looking into cutting shipping costs, particularly in this era of declining club sales.

The Chinese government has proven to be no big friend of the golf industry as evidenced the recent crackdowns on golf course construction in the the country, which not long ago was viewed by grow the gamers (and equipment companies) as the next great “boom” market for golf.

Another reason, I’ve been told by an equipment industry insider, is more complex. That is, several of the non-Chinese businessmen who moved their factories to China – mostly from Taiwan – in the 1990s are getting tired of all the government edicts and costs of business.  These labor cost increases over the past five to 10 years, the insider said, have mounted up to make it tough for them to turn a profit in China.  So over the past two years, there has been a growing number of factories that have moved out of China.

For example, Dynamic Precision Casting, which has been a big vendor to TaylorMade-adidas Golf over the years, moved back to a Taiwan a few years ago, citing the increased labor costs and the shortage of labor in China.

So with that as precedent, some OEMs are said to be pressing for factories closer to the U.S. There is no word yet on whether the talks might center on total production of just polishing and finishing club heads. The latter seems most likely as the costs of moving factories and training a new workforce in Mexico is more cost prohibitive than continuing to produce and ship club heads from China.

“The (club) head making factories really would be hard pressed to have the money to come over to this side of the planet and build a whole new operation,’’ the insider told me. “And it would be very doubtful the OEMS would offer any help in that area.’’