Callaway Golf teamed with Boeing to design its new XR16 driver, which will be available Jan. 26 at a suggested retail price of $349.99. Callaway says it worked with engineers at Boeing to “redefine’’ what’s possible with ball speed and aerodynamics. The result, according to Callaway, is its forgiving shape ever, while Boeing made it fast with a re-engineered Speed Step Crown. 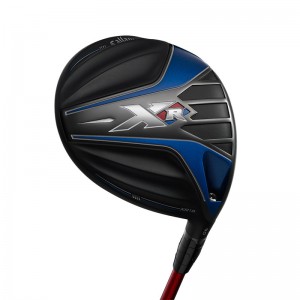 Callaway teamed with Boeing to design the XR16 driver

The XR16, Callaway says, has a high speed head and lower drag in the crown to add ball speed. Callaway says it’s forgiving from the larger shape for more MOI (Moment of Inertia), a stretched out crown with a bigger footprint, and a Center of Gravity that’s lower and deeper.

For more ball speed all across the face, Callaway added its next generation R*MOTO face that’s lighter and up to 19 percent thinner.

Callaway says it worked with the aerodynamics experts at Boeing to reach a “completely new’’ threshold of ball speed, by pinpointing the size and placement of the re-engineered Speed Step Crown to save weight and add more ball speed.