It’s taken the better parts of the two decades, but Callaway Golf Company appears to have turned around its struggling golf ball business. 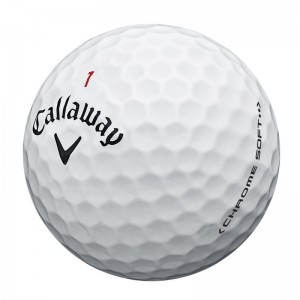 A bit of history: In 2000, riding high as the golf industry’s top equipment company, launched into golf balls. Company founder Ely Callaway himself did the honors at a big production in Orlando. So, armed with a hot name, the power of the old man’s personality and a multi-million manufacturing facility at its headquarters in Carlsbad, Calif., Callaway Golf was set to become a major player in the golf ball market dominated by the Acushnet Company’s Titleist brand.

Or so it believed. Acushnet’s introduction the same year, combined with production problems, a succession of presidents after Ely Callaway’s death in 2001, and the resurrection of the TaylorMade equipment brand, derailed and distracted Callaway’s ball dreams for the next several years.

Now Callaway seems to be on the right track. The company this week reported a 46 percent increase in balls sales the fourth quarter of 2015 to $30 million and a year-over-year increase of four percent to $143 million.

Callaway today introduced its premium Chrome Soft golf ball that staff players such as Phil Mickelson have put into play. Callaway’s original Carlsbad ball plant is gone, but the company still produces some balls in the U.S. The Chrome Soft, for example, is made at Callaway’s plant in Chicopee, Mass. That ball plant is a holdover of sorts from its ownership of the Top-Flite equipment brand.

“Over the last year, we have grown the business nicely, finishing 2015 as the No. 2 ball (brand) in the U.S (behind Titleist)., but we still only had an 11.4 percent share, so there is still significant upside,’’ said Brewer, who cited sell-through numbers from Golf Datatech, which tracks sell-thought figures at on-course shops and retail stores.

Callaway’s overall ball shipments in Q4 of 2015, Brewer said, were up 46 percent compared to the same period in 2014, a result of timing of some key account programs, and most importantly, a “significant increase’’ in retail sell-through. Brewer said Datatech showed Callaway with a 29 percent increase in year-over-year sell-through dollars for the U.S. market for golf balls. That number includes premium balls as well as lower-priced balls, but at the end of the day, 29 percent growth is an impressive statistic.

“Chrome Soft, in particular, has the highest net promoter score we’ve ever achieved,’’ Brewer said. “We will be building on our position here by launching the new Chrome Soft 16, which has the same great feel of the original Chrome Soft, but with greater consistency and a slightly faster ball speeds on the driver.

“We’ve made a nice move over the last few years We’re showing nice growth – a 10 percent on a currency neutral basis for the full year, stunning result in Q4. And for the first half of the year, we were actually not showing growth, even though we knew we were doing really well, because of the timing of launches and relative price points, but you really saw it kick into gear towards the end of the year.’’