The golf industry should learn the fate of the Adams Golf equipment brand and Ashworth apparel brand within the next few months. Each brand is in the portfolio of TaylorMade-adidas Golf, whose parent company, adidas Salomon AG, last year engaged with an investment bank for the purpose of analyzing future options for the golf business – in particular the Adams and Ashworth brands. 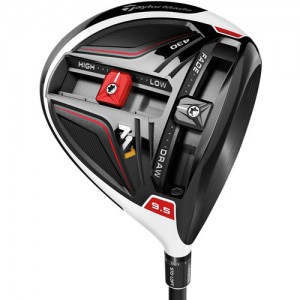 Adidas Group Chairman Herbert Hainer said this week in the company’s 2015 annual report, the strategic review is expected to conclude the first quarter of this year. Hainer didn’t elaborate on the review, but it’s a good bet each brand will be gone from the TMaG sometime this year. Given the state of the equipment industry, it might be difficult for AG to unload Adams Golf for a good price, so the brand could be put to sleep. The Ashworth brand, at one time the most popular brand in the golf apparel industry, should be easier to sell, but perhaps at a lower price than AG wants.

Hainer said the equipment company this year will put a “high emphasis’’ on maximizing list prices for future product launches, while at the same time extending product life cycles. Over the past few years, TaylorMade has come under fire from retailers and consumers on its quick turnover in product cycles, sometime launching as many as four drivers in a year.

How that plays out remains to be seen, but it’s all aimed at righting the TaylorMade ship, which until 2013 had been juggernaut. In its 2015 annual report, Adidas Group reported sales in its TMaG division were down for the third consecutive year.

In 2015, TMaG’s sales dropped to 902 million Euros (approximately $989 million) compared to 913 million Euros (approximately $1 billion) in 2014. In 2012, TaylorMade’s sales were approximately $1.8 billion and then president Mark King said that $2 billion was on sight. But TMaG couldn’t follow up on the 2012 success of its RBZ lines of metal woods and irons, and coupled with King’s 2014 promotion to president of the adidas brand in North America, a glut of inventory and retailer unhappiness, the sales decline began to escalate to where it ended 2015.

Adidas Group didn’t release any earnings numbers for TMaG, but at its high water mark of 2012, the company was believed to earned $200,000. Safe to say figures have fallen significantly since 2012.

TMaG’s sales for 2016 aren’t forecast to improve, meaning it could be another long year as its management, along with Adidas-Salomon, attempt to stem the bleeding.

On a bright note, Hainer told shareholders in the annual report that TMaG’s M1 driver, which it introduced in the fourth quarter of 2015, has had strong success on the PGA Tour and at retail.

“Due to the strong early demand and quick sell-through at retail, our launch quantities for the M1 were sold out quickly after its launch and much faster than we had anticipated,’’ Hainer said. “But unlike in the past, we have decided not to push further volumes into the market, in order to keep the product fresh and demand high for the next drop in the first quarter of 2016.’’