Callaway announced yesterday – before it reported its 3Q numbers – that it hired Ishii as Sr. Director, Advanced Golf Ball Research. Ishii held a similar position at Nike Golf, which this past summer announced it’s leaving the ball and clubs businesses. 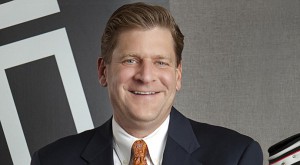 “These are not short-term investments,’’ Brewer said. “You won’t see anything meaningful over the next quarter or maybe even the next several quarters.

“A few years ago, we put incremental investment into an advanced research group here and we’re going to be launching some product in the very near future that came out of at least a portion of that type of investment. Golf ball is an increasingly important category for Callaway, and we’re really proud of our team and what they’ve done there and what we’re delivering. And I look at the changes of what’s going on in the marketplace right now, and it’s creating an opportunity; while others are pulling back, we have the strength and commitment and focus to reinvest.’’

Brewer said the Ishii “investment’’ will be “additive’’ to an existing strong team.

“I think he is a uniquely strong talent and we’re hopeful that at some point in the future we’ll deliver more products like Chrome Soft that are uniquely differentiated and resonate.’’

Toulon, Brewer added, is a “unique talent’’ in the industry, who will strengthen Callaway’s management team.

“He will add guidance to the putter business,’’ Brewer said. “Toulon Design will provide the potential to grow the premium putter category. So, we’re excited about these types of initiatives we are able to find. And although there won’t be any near-term impact, we do think they are going to create long-term value for us.’’