Callaway Golf’s Odyssey Versa Jailbird is making its PGA Tour debut at this week’s Sony Open. Callaway says it has taken “the next step” in high contrast with Double Versa Technology, which helps to highlight the proper face angle at address through the stroke and at impact. The Jailbird’s black and white contrast, according to the company, allows the golfer’s eyes to key in on linear designs on the putter that accentuate the face angle and contributes to better alignment. 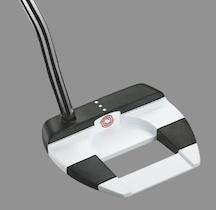 The Versa Jailbird (suggested retail price $169.99) also features a new version of Callaway’s popular  White Hot insert, which Callaway says  is  engineered for more consistent sound, feel and performance across the striking surface. The Versa Jailbird will be available at retail later this month.