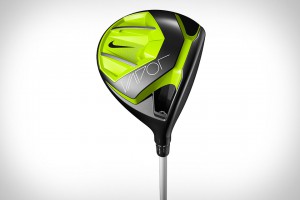 Nike Golf says each of these was developed to drive more energy to the golf ball for more distance, no matter the swing.

That’s an interesting concept, as is the club’s street price of $499 – some $100 more than most new drivers that will be on the market in the next several months. It’s Jan. 30 availability date is also a a couple months behind that of other new drivers.

In other words, the Nike Vapor Flex might have the technology, but is it enough to overcome the price and later delivery?