Callaway Golf Company reported third quarter sales of $169 million, a five percent decline compared to the same period a year ago. The better news is that the company reported an earnings loss of $1 million for the quarter versus a loss of $21 million in Q3 of 2013. 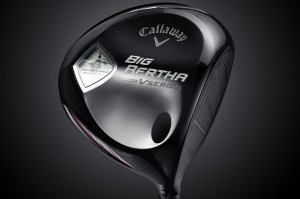 For the nine months, Callaway reported a five percent increase in sales – to $752 million – compared to Q3 of 2013 and earnings of $58 million compared to $31 million the first nine months of 2013. It should be noted, however, that $55 million of those earnings came in Q1, meaning Callaway has earned only $3 million the past two quarters. Regardless, most equipment companies today would love to be in that position.

But given the numbers as a whole, Callaway President Chip Brewer told Wall Street analysts that he’s pleased with the company’s results.

“Our 2014 year-to-date performance and Q4 guidance would result in the first full year net profit since 2008,’’ Brewer said.

Launched in Q3, the Big Bertha V Series driver, Brewer said, “has met our sell-through expectations thus far. We also launched the Big Bertha Beta in Japan, which are off to a strong start and should allow us to improve our position in the super premium area of that market.’’