PGA Tour Superstore has more than 20 locations across the country, with plans to double that number by the end of 2018. The company, founded by Home Depot co-founder and Atlanta Falcons owner Arthur Blank, this spring will open its first retail store in Minnesota, introducing a PGA Tour Superstore experience to the Twin Cities area.

Each PGA Tour Superstore (www.pgatoursuperstore.com) is staffed by teaching professionals and has multiple state-of-the-art swing simulators, practice hitting bays, and large putting greens. There is also an in-house club making and repair facility in each store.

GearEffectGolf.com Executive Editor Steve Pike recently sat down with PGA Tour Superstore CEO Dick Sullivan to talk about his company’s success, its vision and the state of the golf equipment industry. 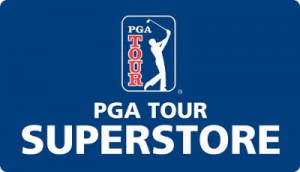 GEG: A lot has been written and said the past few years about the fast pace of equipment product cycles. How do you deal with companies that launch product three and four times per year?

Sullivan: You have to almost draw a line in the sand. I think TaylorMade in 2012, with the white driver and RocketBallz, really broke through the clutter; then 2013 was a really rough year for the equipment industry. Some of that was because it was really hard to compete with that white driver. The equipment business was off 20 percent in ’13; in ’14, people panicked early. The mass merchants started gutting prices and fired all the PGA pros. So the industry was in a major flux in ‘14. Now (equipment company) CEO’s are promising more sensibility in the life cycles of products. You see it in their plans, but the proof is going to be what happens in the future. I think if we get that sensibility, there will be more profitability for everyone.

GEG: When does the equipment industry cease becoming a zero sum game and there will be a bigger piece of the pie for everybody?

Sullivan: I wish I had a crystal ball. But because (the industry) has had three straight years of (sales) declines – ’15 will be between five to eight percent down – it’s hard to read those numbers and know if we’ve bottomed out. I’m not blaming anyone, but what happened in the industry three years ago was, people would see a product marked down within two or three month after introduction, so they were waiting for that next mark down.

GEG: PGA Tour players can validate equipment, but are you seeing now that people are coming into your stores and saying, ‘I want to play the King Cobra LTD driver that Rickie Fowler plays?’ or ‘I want to play what Rory McIlroy plays?’’’

Sullivan: I think you have some unique personalities. Obviously people want to dress like Rickie. The statistic I remember when I came into this sport years ago was that the No. 1 brand on Tour is the No. 1 brand at retail. So whether that’s Titleist or FootJoy or TaylorMade, it tends to with resonate with consumers. So there is some correlation. We’re coming off a year where TV ratings are up 20 percent with the young guns, so I’m hoping people will want to their equipment.

GEG: How difficult is it for smaller golf companies – and startup companies – to break into PGA Superstores? What do you look at when you take on a new vendor?

Sullivan: We carry niche brands. You’re going to have the dominant three or four brands, but you’ll always the smaller brands, too. Brands sneak in all the time – they just keep changing.

GEG: How many requests do you get a day, a week, a month, from new companies wanting to get into your stores?

Sullivan: We get calls every day – usually on the training aid side. But at the end of the day, we’ll try anything the customer wants. We get surprised all the time. We think something won’t work but the customer likes it. So we’ll listen to the customer every time.

GEG: How much of your equipment business has developed into custom fitting?

GEG: What are the expansion plans for PGA Tour Superstore over the next year and perhaps beyond?

Sullivan: We believe we have the best mouse trap out there – and I say that without arrogance. We believe every market that we go into – maybe not right away but over time – we can dominate. Last year we opened up in Orlando and in Texas and Birmingham. We opened up in Tucson earlier this year with a smaller model because it’s not Phoenix or Scottsdale. We’re looking for the right sized stores based on the markets and with the understanding that one of the main reasons people come to our stores is for the experience because of all of our hitting bays and technology.

Sullivan: We’ve sort of used that model. Having worked in the NFL (as executive VP of the Atlanta Falcons), we figured out quickly that if you can make it easy for people to get from their driveway to the game, that’s what you want. That’s part of the tailgate experience. In our stores, we focus as much on the experience as on selling product. So we are bullish. We’ll have five new stores this year, which is the biggest growth this company has ever had. The key for us right now is to make (golf) more fun. I think everybody uses the three barriers of time, difficulty and expense. But the reality is, the more I talk to people, it’s something that people really want to do. It’s a hobby, so they’ll find the time and the money. We just have to make it more fun. How we do that is really on the operators’ side. We’ll continue to make it a fun experience through selling. We had 3,000 clinics for kids last year – they were all free, just like our fittings are free. Come in and bang balls and have fun. We don’t charge for any of that.