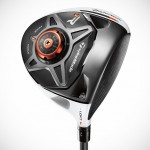 Nevertheless, the company’s first quarter sales number reflects its overall dominance in the equipment marketplace and its growing presence in apparel and footwear.

Regionally, the U.S., which accounts for approximately half of TMaG’s global sales, showed the strongest market growth with sales up 21 percent versus Q1 of 2013.

According to Golf Datatech, which tracks sell-through numbers, TMaG’s R1 driver holds the No.1 position in U.S. sales in terms of dollar shares; and RocketBladez irons, launched to market this past November, are the top-selling irons in the U.S in dollar shares.