Warrior Custom Golf Inc., an Irvine, Calif.-based equipment manufacturer and upstart course management company best known for its infomercials hawking free “no strings attached” clubs and balls in exchange for reviews, is in some serious financial rough after filing for bankruptcy protection March 4.

The recent Chapter 11 petition, filed in the Southern District of Texas under the name Westwind Manor Resort Association, Inc. (debtor’s name: Warrior Golf LLC), along with nine other Warrior Golf affiliates, comes 10 years after the club manufacturer ventured into course management and ownership in the wake of the 2008 financial crisis.

Now, Warrior Golf’s course portfolio is tripled in size with 18 courses at 15 facilities across the country, according to Warrior Custom Golf’s spokesperson Jennifer E. Mercer of claims agent Donlin Recano Strategic Communications. Most of Warrior Golf’s properties are in the East Coast with 11 of them scattered throughout the Sunbelt. The majority of Warrior’s golf layouts – six in all – are situated in the Carolinas.

The Chapter 11 petition lists estimated assets between $10-$50 million and an equal amount of debt. In a statement released March 4 by Warrior Custom Golf, it was noted the Warrior enterprise has two distinct divisions – “its amazing custom golf club business and its nationwide portfolio of stunning public golf courses.”

During the ongoing court-supervised voluntary reorganization, Warrior went on to state both of its business lines are “operating in the ordinary course, remain open for business and are serving our loyal customers.”

Since Flaherty started the company in 1998, Warrior Custom Golf surpassed $200 million in sales and more than 1 million customers, according to the company’s statement.  Per the company’s bankruptcy filing and story published by Bloomberg, Warrior Custom Golf “generally has annual revenue of more than $15 million, while Warrior Acquisitions, the course management entity, generated about $13 million of annual revenue in recent years and posted an operating loss of $680,000 last year.”

Warrior noted the company has “ample liquidity to fund operations” and its $2.55 million debtor-in-possession financing has been approved, according to the Bloomberg story. The U.S. Bankruptcy Court also has authorized the payment of employee wages and benefits, payment to vendors and suppliers going forward in the ordinary course and the continuation of all customer programs, among other things, according to the company.

So how did Warrior Golf find itself in this rough patch of finances? In a court declaration, Rosenthal cited bad weather and golf’s declining popularity as two reasons for the company’s financial hardship.

The same “challenging environment” other golf industry participants have faced in recent years, a “lack of management depth and professional financial support” and debt obligations contributed to the filing, Rosenthal wrote in a court declaration filed earlier this month.

What also spurred Warrior Golf’s bankruptcy filing was a $1.35 million Manatee County (Fla.) court ruling last December against the company, stemming from Warrior Custom Golf and affiliated employees allegedly misleading and soliciting more than $1 million in investments from an elderly man for almost a decade.

The complaint filed last October in the Circuit Court of the Twelfth Judicial Circuit details how in 2007 a Warrior Custom Golf representative allegedly called 86-year-old Cecil Mellinger in an attempt to sell him discounted golf clubs. When Mellinger “expressed disinterest in the golf clubs, Flaherty, as authorized agent for Defendants or someone under his direction and control,” according to court documents, “conducted a bait and switch with Mellinger, thereby proposing a possible investment opportunity promising Mellinger that a $5,000 investment would be worth $20,000 in three years with WCG.”

These investments were for the purchase and construction of U.S. commercial golf courses, and Mellinger made an initial investment of $15,000 “on or about June 1, 2007,” according to the complaint.

Over the next nine years, the complaint goes on to note, Warrior’s numerous LLCs solicited money on 23 different occasions, totaling $1,099,990 by the time it ended May 4, 2016. To make matters worse, Mellinger suffered a stroke which impaired his cognitive abilities in the summer of 2013, yet, “WCG and its subsidiaries continued to solicit money from Mellinger after he suffered his stroke,” according to the plaintiff’s court documents. As of Sept. 1, 2017, the investments were converted to promissory notes worth roughly $422,352.

In mid-February, after filing an emergency motion to stay the execution of the $1.35 judgement, Warrior Custom Golf was granted the stay condition on posting a “good and sufficient bond in the total amount of $500,000 on or before March 4, 2019,” according to the court order.

That very deadline day was when the defendants filed for protection under Chapter 11 of the U.S. Bankruptcy Code.

As a report in the website www.bankruptcydata.com put it: “The Debtors lacked sufficient funds to post the full amount of $1.3 million while they challenge the default judgment and, thus, the appropriate option was to file bankruptcy to prevent further execution on the Default Judgment, preserve their businesses as a going concern and avoid the preferential judgment lien filed against the Royal St. Augustine Golf Club in St. Augustine, Florida, owned by Warrior Golf.”

“Customers can be assured that our doors are open and that they can purchase custom clubs fit to their needs and then go play them on any of our incredible courses,” Rosenthal said. “We look forward to growing and innovating for years to come.” 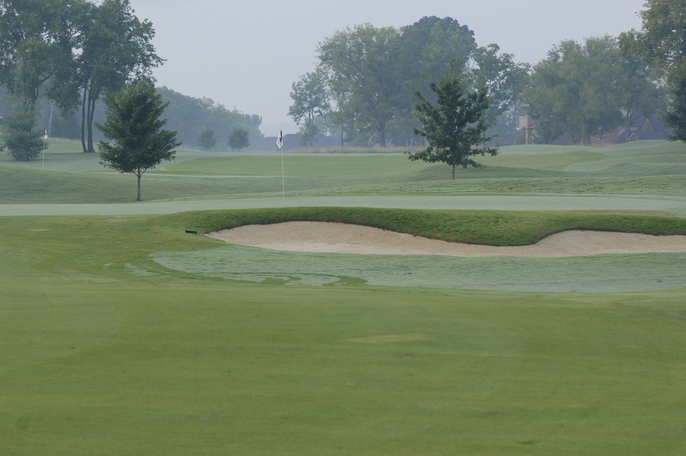