Tiger Woods announced Nov. 1 he is ready to return to competitive golf when he plays in next month’s Hero World Challenge in the Bahamas. The comeback is perfect timing for the PGA Tour-sanctioned event considering Woods’ namesake charitable foundation is the event organizer.

Hall of Fame golfer Ernie Els designed Albany’s link-style layout and Woods has a home in the exclusive private club community so the tournament also represents an opportunity to come home to a relaxing environment. Heading into 2017, Albany already welcomed more than 100 completed homes and will have another 100-plus homes completed in the next 24 months.

​Homes are priced from $5 million and range from marina condo residences to golf course homes to oceanfront and equestrian estates (www.golfcoursehomemarket.com).

​Woods, who turns 41 on Dec. 30th, is ranked No. 831 in the world rankings and last played in the PGA Tour Wyndham Championship last August.  After undergoing a second microdiscetomy surgical procedure 15 months ago, it was anybody’s guess if and when Woods would return to competitive golf. But that all changed three months ago when Woods pleasantly surprised the sports world and announced his return to the game. 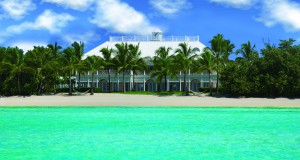