Temple Terrace Golf & Country Club Inc., one of golf’s most historic courses controlled by a municipality, is now being run by Integrity Golf Company of Orlando.

Integrity Golf, one of the largest golf course operators in the world, took over the club’s operations Feb. 3 after Temple Terrace’s full voting membership unanimously approved the change Jan. 31.

Temple Terrace Golf & Country Club is one of Florida’s most historic golf properties and a longtime private club. In 2012, the Temple Terrace golf course became the second Florida course listed on the National Register of Historic Places.

To create the Tampa-area golf course, Temple Terrace developers hired Scottish born Tom Bendelow, one of the world’s most prolific early golf course designers. In 1921, Bendelow arrived from Chicago to look over the Temple Terrace property and was impressed with the beautiful, natural location for a golf course along the Hillsborough River. Work began on the course later that year, and the first nine holes were open for play in 1922. The following year, the 18-hole golf course was completed and officially opened. At over 6,600 yards it was one of the longest golf courses in Florida at that time.

The course is laid out in a “returning nines” design. The idea of returning nines – where a course has two loops of nine holes, each beginning and ending at the clubhouse – dates to the early nineteenth century, and has become a standard approach for golf course design. Today, the 18-hole, par-72 golf course features four sets of tees that stretch from 5,400 to 6,400 yards, winding through the historic Temple Terrace Estates community.

“We are honored to be associated with one of Florida’s historic golf course properties,” Garrote said. “We see so much potential with the golf course, property and membership. Our team is eager to start shaping the next chapter of Temple Terrace Golf & Country Club. 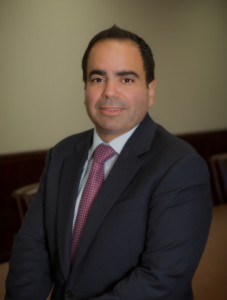