Royal Calcutta Golf Club (RCGC) in Kolkata, India was established in 1829 and is the oldest golf club in India and the first outside Great Britain.The Royal Calcutta Golf Club is the oldest outside the British Isles. King George V and Queen Mary conferred the title “Royal” to the club to commemorate their visit to Calcutta in 1911. The most suitable time for play is October through March. The club has undergone a series of makeovers to make the course one of the best in Asia. It is featured on the Asian Tour.

Visiting Royal Calcutta Golf Club for Darius Oliver and Planet Golf, I felt very fortunate to visit the club during February an optimum time weather wise. The course was in beautiful condition and what a calm oasis, in the midst of the bustle of one of the most interesting, but crowded cities on the planet. When I wanted to switch from Wilson to Callaway rental set, I didn’t realized that each caddy is assigned to a particular set of clubs. It caused some turmoil but was soon sorted out. I was teamed with a young Indian yuppy who was lots of fun and he had his driver take me back downtown to my hotel. I really recommend a visit here, it is a real throwback to the British Raj. 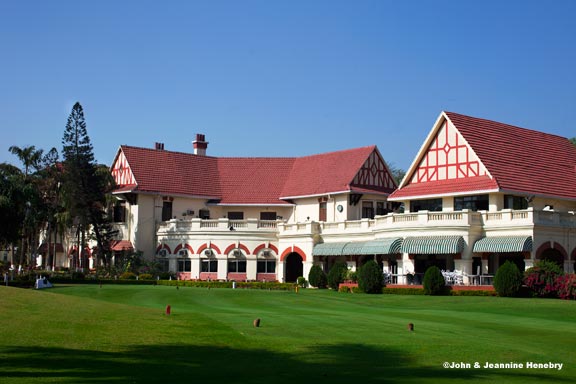 The clubhouse of the Royal Calcutta Golf Club 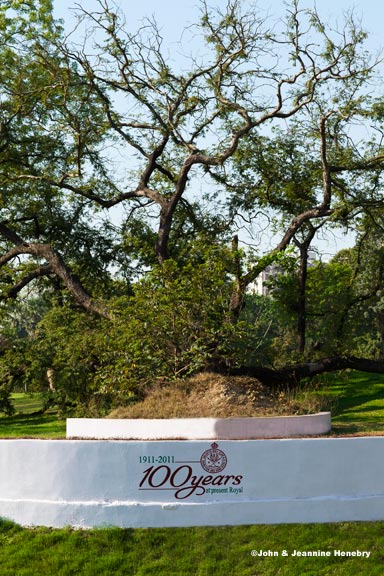 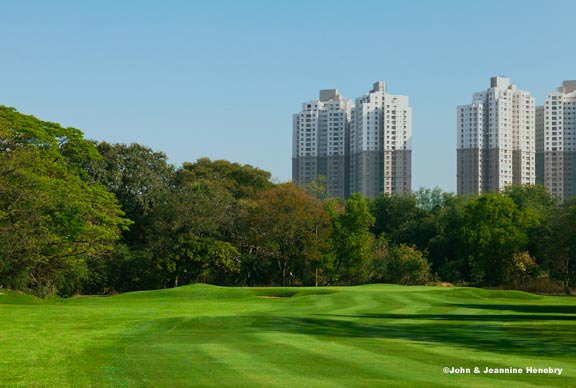 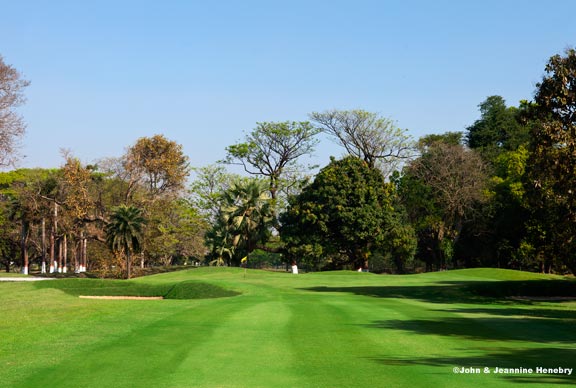 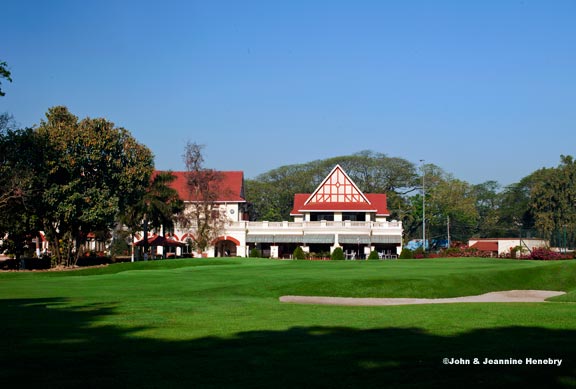 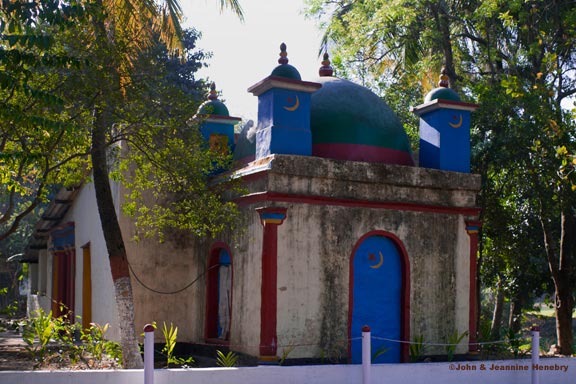 a mosque sits inside the course, typical of the reverence Indians feel for all religions