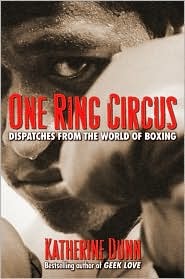 Last week, the novelist Katherine Dunn died of lung cancer. I am proud to say that Katherine was a dear friend, which is hardly a unique claim. Everyone who knew Katherine treasured her friendship. Although an internationally acclaimed writer, Katherine put on no airs–she was funny and kind and generous before Geek Love made her a literary sensation (and this after two very good but obscure previous novels)…and exactly the same person after. I believe more than anyone among Portland writers, Katherine provided the inspiration for our literary community’s uniquely supportive milieu.

Until it abandoned reviews in its book pages by local writers at the end of last year, The Oregonian published dozens of reviews I’d written. After each one appeared I would receive a beautifully considered and kind email from Katherine, evidence of her careful reading. Sometimes I think I wrote the reviews just to hear from her.

Her circle of friends spread way beyond her fellow writers to include, among others, the boxers and trainers and gym rats whose world Katherine wrote of with such brilliance and sympathy. She was drawn to outsiders, willing to confront the darker aspects of life–willing, as she once said, to “look over the edge.” One of her lesser-known essays was published as the introduction to a scrapbook of gruesome photographs compiled by an LA homicide detective from the 1920s to the 1950s. The aim of “Death Scenes” was didactic–to prove that “crime did not pay.” But Katherine saw deeper meanings. “The angriest photos, the most brutal” she wrote, “are the dead children….Most of these infants were killed by the mothers, of course. Who else would have a motive? And after you’ve seen a few of these scenes a caustic bright side inevitably occurs to you–if your mother is that crazy she’d do a lousy job of raising you. The child’s life would have been hell. Death is easier. Less painful.”

This is echt-Katherine–cool and droll and tragic all at once.

Katherine used to invite an assortment from her mixed bag of friends to watch pay-for-view fights in her Nob Hill apartment. She would sit in her quietly observant way and discern pivotal moments in the fight with an expert eye. Because she was so elegant, listening to Katherine’s authoritative observations on the effect of a devastating kidney punch or how the smear of a broken nose disrupts a fighter’s breathing was, one imagines, like hearing the Queen of England swear–compelling for its incongruity but crammed with authenticity.

After this reflection on her book of boxing essays was first posted, I sent a link to Katherine, and here’s her response, which I will always cherish.

Until I read Katherine Dunn’s brilliant collection of essays on boxing, it had never occurred to me that there was any kinship between the genteel game of golf and the brutal combat inside what Dunn calls the “One Ring Circus.”     In golf, the contest among players is mediated and indirect—“fellow competitors,” in golf’s refined parlance, play the course, not one another.  No one guards the hole or tries to distract his foe.

Success in golf is measured on the curve—there is no absolute standard of achievement.    The best score wins in tournament golf (at least in stroke play), and scores are always a function of local conditions.  Occasionally, for example, the Open Championship is contested during a rare stretch of benign weather conditions on the Old Course at St. Andrews, which is famously toothless on a calm day. The scores then are low. But when the wind howls and the harr slides across the links the players shiver their way into scores in the high seventies and beyond.  (Over the last eight Opens played at St Andrews, the winning score ranged between -5 and -19.)

Boxing, on the other hand, is the most unmediated sport.  A boxing match explodes John Stuart Mills’ dictum on freedom’s boundary: your right to extent your arm stops at my nose.  In boxing, that constraint is abandoned, but under rules which in principle protect the fighters from permanent harm.

Golfers face a purely emotional risk when they’re competing, but that doesn’t mean the experience of faltering in a golf competition is without physical cost.  Discovering how to understand and control the adrenalin surges every players feels when championships are on the line is what finally distinguishes champion golfers from players who can hit it pure on the range but waver when it counts.  After K. J. Choi closed out The Players Championship last weekend with a solid tee shot and a two putt par in playoff with David Toms on the cruel 17th at Sawgrass, he said “the swing I have now does not break down under pressure.”

What’s most enlightening about Dunn’s commentary on boxing is her insight into how crucial the same sort of emotional control that golf requires is to success in boxing.   It seems intuitively true that victory in boxing should arise from ferocity and rage.   Dunn says just the opposite is true.  “Good boxing requires such clear and rapid analytical thought,” Dunn writes, “that a cool head is mandatory.  Maybe the driving force is desire, what the fight folk call ‘being hungry.’  This hunger is a slippery beast with a million faces.”

Because she possesses the great novelist’s genius for observing the telling detail, Dunn’s essays reveal what’s behind the appetite— the controlled fury—a boxer must bring into the ring to succeed.   She writes of “tenderness” in the gym—“a practical response,” she observes, “to wearing gloves.  Anyone with huge puffy mittens on his hands can’t blow his own nose or tie his own shoes, so those who are not gloved up help those who are.”

It’s the solitary quality of the boxer’s life in the ring which links him most closely to his brethren on the links.   Both classes of combatants depend on aides and servants to get them through their battles—“seconds” for the boxer, a caddy for the golfer.

A caddy is a kind of figurative cut-man, stanching his player’s wounds as he tries to recover from the tee shot he just blocked into the woods, or the putt drifting irretrievebly past the hole.  Golfers experience sudden death, as David Toms did on Sunday at the TPC; boxers get knocked out.

But at the end of the day, boxers and golfers are both on their own, their opportunities depending on the long hidden hours, sparing in the gym or on grinding on the range, beyond glamour or triumph.

Boxing has generated great nicknames—Sugar Ray and the Brown Bomber, Iron Mike and the Hitman.  Golfers—aside from Tiger, named in infancy, whose handle only incidentally reflects his personality—don’t have noms de guerre.    Perhaps they should:  Rory the Fury Sabbatini.  Ben the Tortoise Crane.   Paul “Glib” Goydos. 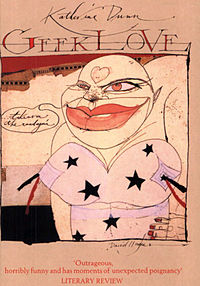 Katherine Dunn’s great novel Geek Love, a finalist for the National Book Award, has legions of fans around the world, drawn to the beautiful pathos of the inimitable characters imagined onto its pages.   One Ring Circus is also a singular take on a sport someone meeting Dunn casually would have trouble imagining her liking—she is a gracious and lovely person, a good friend to aspiring writers in Portland and absolutely free of pretense.   In fact, Dunn has all the qualities one admires in a champion golfer: modesty, grace under pressure, courage (read Geek Love and you’ll find out what I mean), and stamina.  Perhaps that’s what makes her insights into the curious world of boxing seem universal, and thus applicable to golf, its seeming opposite.