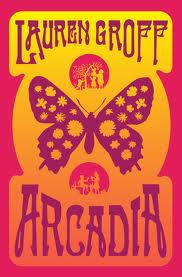 When I was in graduate school at the University of Rochester in the late sixties, the embers of the Second Great Awakening were still smoldering to ash in upstate New York.  Known as the burned-over district because it was aflame with religious fervor, western New York in the first half of the 19th century was as thick with prophets as the eastern Mediterranean had been in the early Christian era.    Just down the street from us, the elderly surviving women of a celibate sect that aimed to proselytize its way to heaven still walked the grounds of their compound in petticoats and bonnets.

Mormonism is the most enduring vestige of the millenarian, perfectionist, and communitarian impulses that inspired such sects as the Shakers and the Millerites to dream of a better world a coming.   The alienated hippies and lefties of the nineteen-sixties would blow on those ancient embers and summon flames to light the way for a new generation of true believers.  Communes sprang up all over the country, and the perceptive, artistically-inclined children raised in that world—Storm Large or Joanna Rose, to take two local examples—would make art from their complicated childhoods.

Lauren Groff smartly sets Arcadia, her fictional enquiry into this new age version of communal zeal, in that same region of upstate New York.  Over nearly three hundred pages, she brilliantly evokes the earnest hopes and evaporating ideals of the communards.

Arcadia is seen through the eyes of Ridley Stone, a boy named for the town in Wyoming where he was born.   His birth interrupted his vagabond parents’ travels from Oregon to Colorado, following their charismatic leader, a musician named Handy, who will continue to dominate life on the commune, a sort of benign good ol’ boy version of the Bhagwan Shree Rajneesh.  Handy is not as malevolent or megalomaniacal as the Bhagwan, nor as theologically insistent, but he too claims his sexual privileges.   The group eventually finds property in upstate New York.   The boy believes he has memories of this pre-natal life.

Because he is tiny, Ridley is known as Bit.  When he’s six he looks three.  Enigmatic and precocious, Bit is admired by everyone, but he’s especially beloved by women—his mom and her fellow communards, the mysterious old lady he meets in the woods, the girls of his childhood.   Bit, however, is enchanted only with Helle, Handy’s daughter, whose enigmatic spirit will bring Bit both joy and sorrow.

Bit’s story is told in four balanced chapters: childhood, adolescence, young adulthood, and middle age.   The book begins and ends in Arcadia, but Bit is always at the center of the narrative.   Bit and his parents, Hannah and Abe, live first in Ersatz Arcadia—that is, a temporary Arcadia, the preamble phase awaiting the construction of permanent buildings the restoration of an abandoned manor house.  Abe is the commune’s master builder.   He suffers paralysis when he breaks his back in a fall from the roof, rushing to finish the work—a sad symbol of powerlessness.  Bit leaves the commune when he comes of age, but Arcadia’s life lessons, its approach to the proper ways of living and its modes of being never relinguish their grip on Bit’s soul.

Groff’s language in general echoes the voice and tone of a fable, much like those in the mysterious book of fairy tales she has Bit discover when he’s a child.   As Bit creates his new life in the larger world, the language of Arcadia is by turns more mundane and less arch, less intuitive.

Groff likes to convert nouns and adjectives into verbs, a technique that takes some getting used to.  For example, when Bit senses something wrong that he can’t quite put his finger on, Groff writes that this feeling “vagues in an out.”  Kids at the swimming hole “come sealing wetly up out of the water.”  Daylight “syrups the valley.”  The car “gentles off.”   Rain drops “bullet overhead.”

Bit attracts the attention of women, but passively rebuffs their overtures.  He suffers heartache induced by  Helle, but soldiers on.  When Bit returns to what’s left of the Arcadian experiment to nurse his dying mother, he reconnects with the boy he was and settles into the man he has become.  This chapter is set in the future, in the midst of a global pandemic, but Groff doesn’t worry much about this big picture, accounting for the arc of global disaster instead with simple ledgers of calamity.    Domesticity sets the agenda for Bit’s life and thus for the novel examining it.   He never really fits into the “outside” world.

There is a lot to admire in Arcadia.  Groff imagines a plausible version of a child’s coming of age in a commune, but I never found myself fully engaged with the characters.   The brilliance of the language sometimes hits the reader in the eye like a spotlight in a dark room, when what we need to see is light from a simple overhead bulb