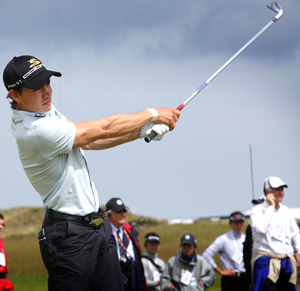 Sweet Carolina or could it be bittersweet

The regular tour heads to Greensboro North Carolina and it has a feeling of “After the Lord Majors show” but I am sure once the tournament gets underway, we will have some great golf, and what a course to be playing on. Donald Ross originally designed Sedgefield Country Club back in 1926 the track was redesigned by Kris Spence in 2007.

The 7,130 yard par 70 layout has a reputation for low scoring, which should make for an exciting tournament. Ryan Moore, Jason Bohn and Kevin Stadler all shot 16 under par with a combined total of 67 birdies and two eagles. Ryan Moore birdied the third playoff hole to win the tournament.

The Wyndham Championship is last regular event on the PGA Tour, which means this is the last chance to earn FedEx Cup points and claim a place in the playoffs. It has already become a play-off event for multiple-major winners such as Ernie Els 66/1, Padraig Harrington 50/1 and Angel Cabrera 66/1. All 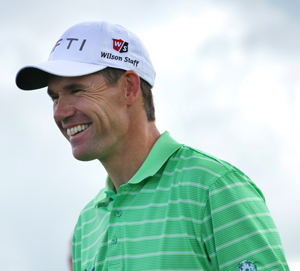 Our Picks to win: Its been a bit of an up and down year for Brandt Snedeker 20/1, winning The Heritage and ten other Top 25 finishes, but he has also missed eight cuts, but Brandt is having a great year and is sitting in 18th on the money list.

Brendon De Jonge 33/1 is on a great run of form at the moment just missing out on a Top 25 finish in the PGA Championship but had 3 Top 15 places the three tournaments before last week. Currently standing in 48th place on the rankings, the big man from Zimbabwe hasn’t won a tour event yet, but this year is proving to be the year of the first time winner.

The 2009 US Open Champion Lucas Glover 40/1 is now coming to terms with being a major champion and is starting to get back to playing his best golf, with the help of a full beard. He didn’t have a great week at the US PGA but with a win under his belt this year, but a 12th place at The Open Championship and 23rd place at the WGC Bridgestone Lucas is back.

Our each way picks: Paul Casey 80/1 is having a nightmare year and if he doesn’t have a good week this week it will see him miss out on the FedEx play-offs, his best finish this year is tied 12th so its all to play for.

Another player on the brink is Camilo Villegas 100/1 the man from Columbia is another player who used to be in the worlds to 10 and has tumbled down the rankings, he also sits 125th on the money list and needs to have a good week to get into the play-offs.

I still believe Tommy Gainey 100/1 we still believe the man who wears two gloves is going to win a tournament this year, he already has two 3rd place finishes and five Top 10 finishes and sits in 40th place on the money list, now its time to take that next step.

A footnote to this week’s Wyndham Championship, history is about to be made when Olafur Loftsson from Gardabaer, Iceland steps onto the first tee. Olafur will become the first player from Iceland to compete in a PGA Tour event. Olafur qualified to play after winning the Cardinal Amateur event yesterday, so good luck to him.

2 Responses to “Review & Betting Guide to the Wyndham Championship”