The Portugal Masters has been held on the Victoria course since 2007 with Steve Webster winning its inaugural event. Spain’s Alvaro Quiros shot a final round of 68 to win the 2008 title by three shots ahead of Scotland’s Paul Lawrie. Lee Westwood and Richard Green lifted the title in 2009 and 2010 and 20-year-old Tom Lewis, won the 2011 Portugal Masters. Lewis birdied five of the last seven holes to claim his maiden title in only his third professional start. Shane Lowry is the current champion and will be defending his title this week.

Designed by Arnold Palmer the Oceanico Victoria Course is a beautifully manicured track that weighs in at 7,227-yards. The club is situated in the Golf-Mekka Vilamoura area. The terrain is flat but don’t let that put you off its a breathtaking design. Each hole has 5 teeing options and the course features are the many lakes and waterfalls as well as the strategically placed bunkers.

Joost Luiton 20/1 has been in great form this year with two wins, five Top Ten finishes and is now part of a victories’ European team that took last week’s Seve Trophy. I can see the Dutchman adding to his win tally this year and with a runners-up finish in this event back in 2010 don’t be surprised if he goes one better this year.

Defending champion Shane Lowry 20/1 comes into this week in confident form after his great showing at the Alfred Dunhill Links Championship, where he held the lead on the back nine but missed out on the play-off finishing one shot back. Shane has not had a win so far this year but he has had six Top Ten finishes. Being back here this week and memories of his final round 66 to take the Portugal Masters title last year can only put the Irishman in a great frame of mind.

I do feel Francesco Molinari 22/1 has some unfinished business at the Portugal Masters, having been in contention on several occasions and not quite closing it out and has two runners-up finishes to his name. He obviously enjoys playing the Oceanico Victoria Golf Course and with holing the winning putt for the European team on Sunday at the Seve Trophy, will be another player turning up this week full of confidence and maybe this year Francesco will go one better than those runners-up spots. 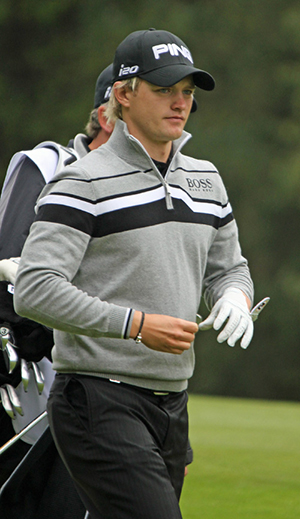 Another player coming into this week in great form is the Johnny Walker Championship winner Tommy Fleetwood 40/1. Since that win Tommy has had two other Top 10 finishes, which makes that three Top tens from his last five events, if you add in the victory. And at these odds I think this could be one of the best bets out there this week.

It has not been the greatest of years for Tom Lewis 50/1 but the 2011 Portugal Masters Champion certainly came back with a bang at the Alfred Dunhill Championship, adding a final round 64 to his opening round 64, which saw him move rapidly up the leaderboard. Lewis had shown signs that he could be getting back to playing some good golf at the Johnnie Walker Championship and the Omega European Masters. Being back here this week can only help build that confidence.

I am stuck between picking Fredrik Andersson Hed 80/1 who I tipped as an outside bet two weeks ago and Johan Edfors 150/1. Both seem to enjoy this track but out of the two, Fredrik has had the better season and comes into this week with a Top ten and Top Twenty-five finishes in his last five events, whereas Johan has missed four cuts in his last six events. But I will leave it to you to decide I think I may just put a couple of pound on each!