Sergio Garcia 13/2 finished tied second at last week’s Nedbank Golf Challenge shooting final rounds of 66, 65 and will come into this week in confident mood. Sergio also had a forth place finish at WGC HSBC Champions tournament and his relaxed schedule seems to be paying dividends for him.

Another player who finished in great form at the Nedbank Golf Challenge was Justin Rose 7/1, his open round of 73 basically put him out of the tournament before it had began, but the lad from Hampshire recovered well to finish in seventh place. Justin has not finished outside the Top 10 in his last four tournaments and I can only see that run continuing here this week.

One person who must be relishing playing in his home event and leader of the Asian Tours order of merit is Kiradech Aphibarnrat 25/1. Kiradech has a win and six other Top 5 finishes on the Asian tour this year and I am sure playing in front of a home crowd will give him that added incentive to be picking up the trophy come Sunday. 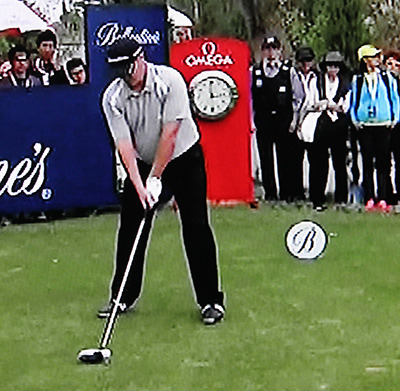 Another local player who comes into this week in great form is Prom Meesawat 33/1. Prom had a runners-up finish at last week’s Hong Kong Open finishing with rounds of 67, 65 respectively. Prom also sits inside the Top 10 on the Asian Tours order of merit and has another runners-up finish to his name at the Resorts World Manila Masters.

A player who always seems to be in the thick of it come Sunday when playing in Asia is Australian Marcus Fraser 66/1. I did tip Marcus at last week’s Hong Kong Open and although he didn’t shoot any high numbers he never shot any low rounds. I think that may have been a slight blip and expect the Australian to be back in the mix again this week.

Wen Chong Liang 100/1 sits in sixth place on the Asian Golf Tours order of merit, but unlike the players in front of him on that list, he has only played in eight events winning the Resorts World Manila Masters along the way. Wen has won eleven tournaments around the world since turning professional in 1999 and I think these are great odds for someone with that type of record.