If a three-strike rule existed in golf, I was only one swing away from forever being banned from the sport. The scene of the close call took place at Bali Hai GC when instigator Jared Lemon, a 31-year old combat wounded veteran and one of the ten playing guests of honor at the Harmon’s Heroes Golf Classic at Bali Hai GC, challenged each of the Golf Road Warriors to hit a drive with one arm at the final hole. I figured why not, the way I was clubbing the ball with two arms, I was up for the test. 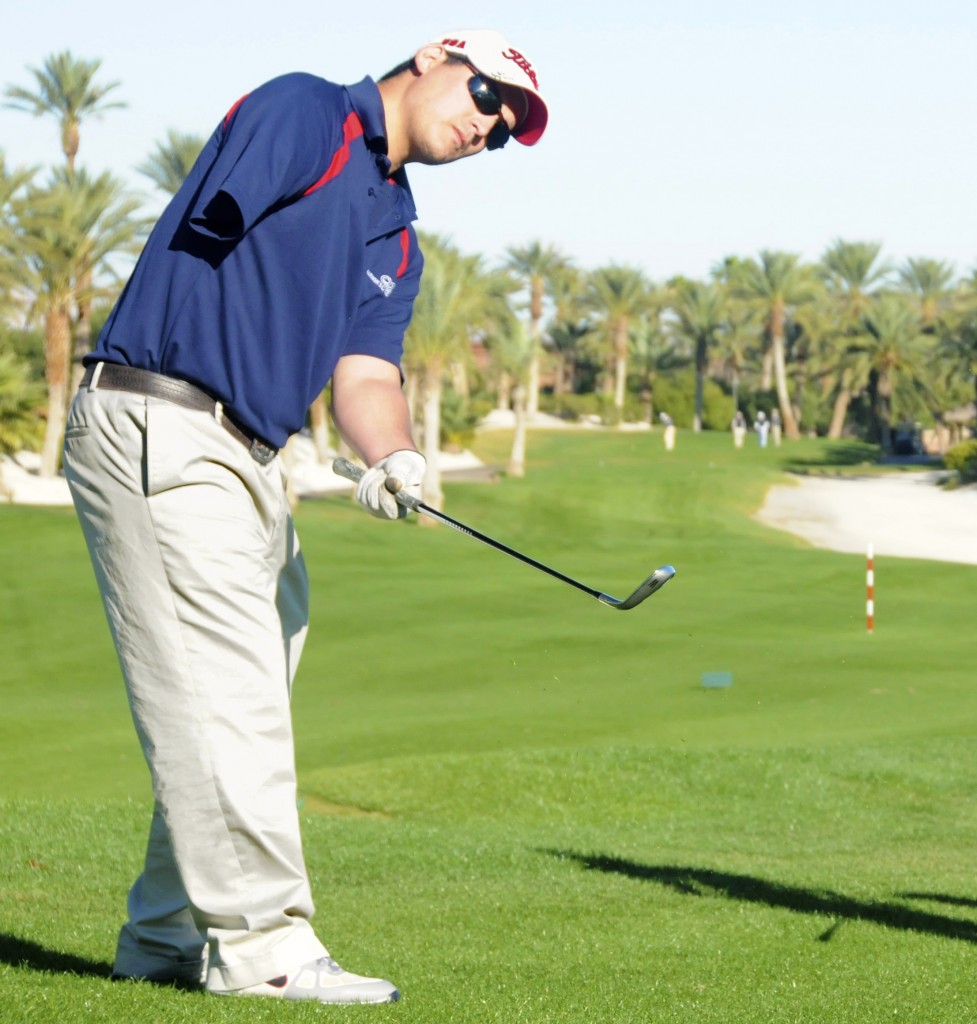 Firmly grasping the driver with only my right hand, I took a smooth slow backswing and in a comical uncoordinated follow-through, I whiffed. The second swing produced an equally ugly-looking blunder.  Not to be deterred, the third time proved to be brilliantly charming that resulted in a line drive hit down the middle of the fairway.

I immediately turned around and saw the look of excitement on Lemon’s face. As much as I enjoyed him getting a chuckle at my expense, that reaction never approached the level of admiration I felt all day observing what Lemon, a veteran of two tours in Afghanistan, must contend with every time he strikes a golf ball.

Eight months into his second tour of duty, Lemon was a victim of being in the wrong but, fortunately, right place at the wrong time during an evening patrol with his battalion. A soldier walking directly in front of him set off a land mine and in a flash Lemon was on his back looking up at the stars. Lemon survived but suffered the loss of his right arm. The other man lost his life. 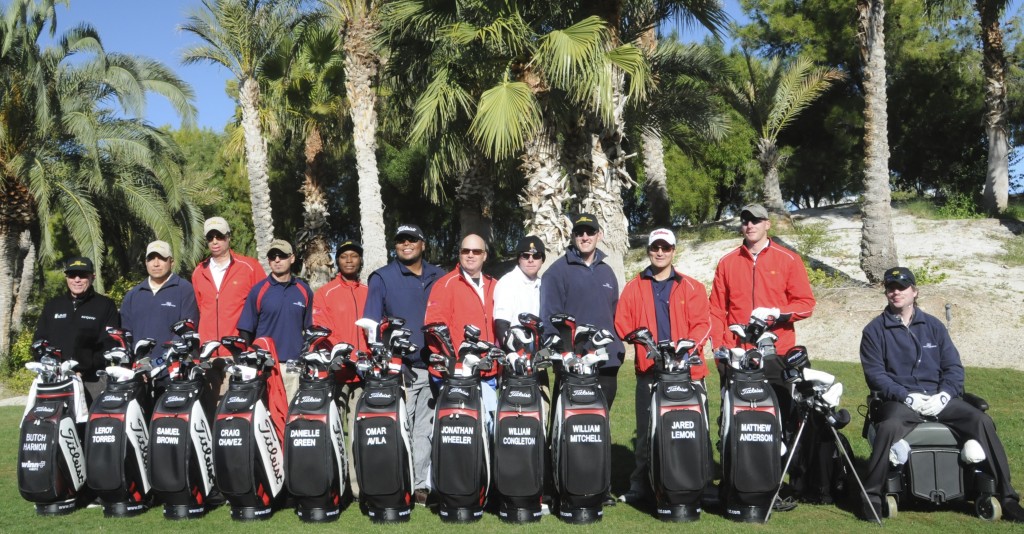 After three years of ongoing surgeries and rehab at Walter Reed Hospital in Washington D.C., fate dealt Lemon a helping hand when he became a beneficiary of Harmon’s Heroes Foundation, a cause started by renowned golf instructor, Butch Harmon, to assist wounded military veterans. As part of this effort, Harmon established an annual golf event to help raise funds to purchase homes for our country’s returning heroes. 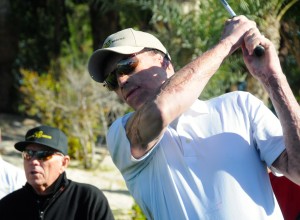 He didn’t stop there. As a small token of genuine gratitude to these men and women who put their lives on the line, Harmon did what he does best – teach golf. He took these veterans under his wings to provide personal instruction, whether they lost an arm, a leg or confined to a wheelchair. Lemon had never played golf even before his injury so the good news was he had no bad habits to fix. 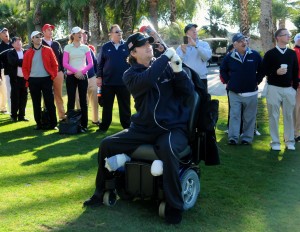 Daniel Meyer wows the gallery with off his swing © Robert Kaufman

Following a couple days of learning golf skills from the same person who coaches the elite of the professional golf world, Lemon’s efforts were put on display with his brand new complete custom-fitted set of Titliest clubs. After fanning his first swing, he took pause and smilingly complained as most golfers do, “sometimes it works and sometimes it doesn’t.” But Lemon is not just any golfer and considering the circumstances, he was legitimately entitled to that excuse.

If ever there was a round of golf when my scorecard numbers proved irrelevant this was that time since, at the end of the day, I had a heavy-hearted appreciation for what it’s like to walk, let alone golf, in Lemon’s world.