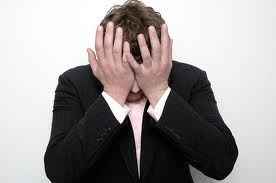 Yes, you heard me.  Let go of wanting to fix things.

In trying to improve we often get so consumed with ridding ourselves of our perceived faults and letting go that we develop a severe case of frustration.  Improvement is a noble effort and where we eventually want to end up, but often that can also be a genuine struggle.  Start by recognizing and honoring that fact.

Do you want to let go of something that’s holding you back?  If yes, can you?  If the answer is still “yes,” you simply let go of the thing, habit, feeling, or issue and move on.  Sometimes our answer can be a resounding “No!” and you are stuck.  That is okay.  Give yourself permission to hold on to the negative, to not improve or not to move forward.

By giving yourself such permission, you release the tension or angst associated with the issue.  Recognize that you don’t always have to be in an improvement mode.  Give yourself that leeway.  Besides, because you are holding on anyway, you might as well continue to do what you’re doing while you’re doing it.  As you let go of wanting to fix things, many times they take care of themselves.

By giving yourself permission to hold on, you feel more inclined to actually let go.  You may even let go spontaneously.

And when you consciously revisit the question of letting go, more often than not the answer will evolve into “Yes!”  Problem solved, an example of taking your oars out of the water and going with the flow of life.