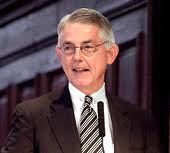 David R. Dougherty, Headmaster of The Hill School, one of America’s truly elite preparatory schools in Pottstown, Pennsylvania addressed the 159th commencement class in 2010 with just this phrase.  “Be Nice.”

Dougherty went on to say, “It’s the simplest social stance, the way you should greet the world.  It requires little thought, only the decision to be nice and not mean.  It’s the way you treat everyone, no matter what, without thought, plan, design.  Just be nice.”

Beyond all our differences of opinion on so many things, Mr. Dougherty’s simple statement is so exquisite, makes so much sense, and is still so very timely.

Mr. Dougherty went on to compare how we have actually begun to imitate the invective language first used by the villains of professional wrestling.  Only now you will see the smack-talking athletes, cable news show hosts, television actors, and even elected officials as well as hopeful candidates for public office exhibiting the same behavior as the wrestlers.  He pleaded for his Hill graduates to not act like that, but rather to be nice, be kind, and be civil.

Being nice only takes a second.   Being kind takes time; sometimes a lot for it’s a different kind of commitment.  Being kind involves showing real care and spending heartfelt time with others, perhaps to stop and chat, not merely to be friendly but to check up on a friend, to share your life and time with others.  And when we ask a heartfelt question, we must also be prepared to listen to the answer.

You never know how your kindness will impact others.  Mr. Dougherty then related to the graduates the following story.  “I spoke in my office once to a Hill School student who had appeared for a serious offense before our Discipline Committee.  She explained that after offering a thoughtful statement to the committee and an apology for her actions, then answering question about them, she had listened to her faculty adviser and then a good friend speak as her advocates who told the committee about her:  her compassion for others, her playfulness with her little brother, her weekly phone calls to her sick grandmother, her regular visits to her Latin teacher for extra help.  And as this student recalled all of this for me, she began to cry, ‘Why are you crying?’ I asked.  Because she said, ‘Those two really understood me.  They said kind things about me that I thought no one ever noticed.  And they stood by me at a really tough time.  But the hardest part for me,’ she said, ‘was to realize how much time they had taken to prepare their statements.  For me, because I messed up.’”

Sometimes I am perplexed that with all the emphasis in America on different religions, we still resort to aggressive opinions, judgments, and actions – casting fear, anger, and judgment on those who don’t agree with us.  Why can’t we simply practice the religion of kindness?  How about just being nice and kind to each other?  For me, I have finally discovered that giving kindness and service to others is “heaven on earth.”  Yes, sometimes I stray, but Mr. Dougherty’s simple wisdom of “Be nice” is such a cogent reminder.

Being nice is a cousin to living with love, with “kindness” being a brother or sister in the family of love.  We can choose to live with fear and we can also live so preoccupied with ourselves in our very busy ways that we fail to notice and appreciate others.  Then we can also choose to live with love and kindness and the appreciative awareness of all the beauty surrounding us.  To be nice to others is such a splendid start and so well stated Mr. Dougherty.

At The Hill School, teachers or instructors are called “Masters” and with this wonderful lesson, I can easily appreciate why David Dougherty is the “Head Master.”  Ever the teacher, I thank you Mr. Dougherty for such a splendid lesson!

P.S.  I am a biased and proud Hill School graduate (Class of 1969) and have recently learned that Mr. Dougherty and his wife, Kay, will retire from The Hill School in June 2012.  Though I have never had the pleasure of meeting the Dougherty’s, I have long heard of their many remarkable contributions to the School since they came there in 1993. 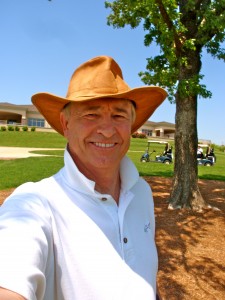