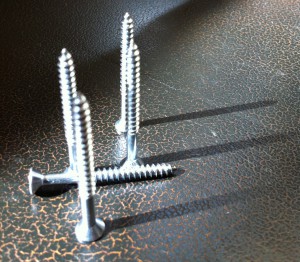 As someone who often was called upon to turnaround troubled operations or more recently to consult, sadly there continue to be predictable leadership behaviors exhibited by supposedly intelligent people that would always doom their leadership. Perhaps you are supervising someone with these traits that needs coaching or maybe you can spot some that you might even have fallen into a trap with. By waking up to them, we can take corrective action before it is too late.

2.  Being the “ice king or queen” – showing no concern for the humanness of those around you.

4.  Stealing credit and being quick to blame.

5.  Lack of integrity – not walking the talk. Includes greed and dishonesty.

6.  Treating others like children, subordinates, or drones. The best leaders don’t put people into boxes; they free them from boxes!

7.  Showing up as the swami or industry expert with all the answers and not inviting others to think and contribute.

8.  Creating fog and confusion rather than clarity.

11. Changing the rules without telling anyone or playing favorites.

12. Engaging in “feed-attack” rather than feedback and not allowing freedom to fail.

13. Concealing from your team.

16.  Having a personal agenda not in concert with the common good of the organization.

17. Not taking care of your own health and vitality.

Bonus Screw-Up:  It is the FAILURE TO GROW that really stifles careers on both a literal and figurative basis. I’ve witnessed so many that would be described as “experienced incompetents” with let’s say thirty years of experience. That actually translates to three years of experience repeated ten times!

2 Responses to “Leaders: Seventeen Ways To Screw-Up Your Career!”