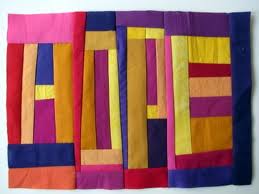 When Britain’s legendary leader Winston Churchill was asked what his country’s greatest weapon had been against the Nazi regime of Hitler during World War II, he didn’t hesitate for a moment.  He promptly replied, “It was what England’s greatest weapon has always been – hope.”

Hope is one of the most energizing and powerful words in the English language.  It took England through many dark times during World War II and provides us all the power to keep on going during the most difficult of times.  That power fuels us with excitement and anticipation as we move forward when before we may have been flat.

It’s been said that a person can live forty days without food, even four days without water, and four minutes without air, but only four seconds without hope.  Rebellion and crime are often started when people lose hope.

Remember some time in your life when somebody or something gave you hope?  How did it feel?  Did it energize you?  Well, there is no reason why you can’t be that messenger of hope dozens of times a day with just a kind word of encourage or a compliment – creating an opening of possibility.

It doesn’t matter what role you are playing, co-worker, parent, friend, teacher, supervisor, team member, son, daughter, brother, sister, neighbor, etc., you always have an opportunity to leverage hope.  You can do nothing, which can be just as bad as negative energy, but what if you can offer your positive vibe of hope, who knows how far it will fly?

Start a hope epidemic and your innocent infusion may circle the globe and last for years – you never know.

Be the bringer of HOPE to those in your life today and see what happens!