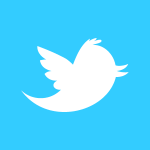 News of Whitney Houston’s death on Twitter beat the Associated Press reports by nearly half an hour.  As was the case, Facebook postings also beat the official news releases.  In this case, the news was sadly true.  As also in the case of the killing of Osama bin Laden, Twitter reports were the first on the scene.  Unfortunately, there are so many false and slanderous tweets out there as well.  Hardly anyone one is fact checking and it’s like the “Wild, Wild West” when it comes to reports and rumors of virtually everything.

One thing for sure is that the world of accurate reporting has certainly changed.  Fading fast are the news bureaus that though they would race to be the first to report, usually checked their facts so as to limit their legal liability not to mention hoping to try to maintain a face of legitimate reporting.

Does it matter to you if you find out about something a half hour earlier?  What if the tweet was inaccurate or biased, or worse yet false and slanderous?  What if it was about you and it was wrong?

Whitney Houston’s sad demise for whatever reasons leaves yet another untimely tragic hole in the entertainment industry, but being the first to find out about it hasn’t changed my life one single bit.  Nor do I relish reading everyone else  opinion on the subject of her untimely demise.  For every timely accurate piece of meaningful political news, there are hundreds of millions of meaningless minutia and advertising on Twitter that causes me to ask, “For what purpose?”

For a moment, also consider the lack of attention to this newfound media as opposed to an awareness and appreciation of your surroundings?  What is the cost in productivity, in distracted lives, etc.?

Have we developed such shallow existences whereby our hero worship has us more invested in celebrities and meaningless “news” as opposed to being invested in our own lives and those we directly touch?  Perhaps there is a very real human cost to Twitter, and it may be more dear than you’ve ever imagined.

I have enjoyed and embraced much of the social media, but much of what’s on Twitter fails to captivate me.  For me, Twitter’s the largest source of the “new noise pollution” on the planet.  And if I am not careful, I will begin to become more fascinated in others than observant of myself and those around me.  Now that would truly be a tragedy – fast and true.

P.S.  Ooops!  I just twittered this article out to my “followers.”