In a previous story, I discussed an upcoming Henry-Griffitts club-fitting with Master Club-Fitter Matt Flenniken at the Los Lagos Golf Course in San Jose, California.  Here is Part Two of what I hope is a three-part story. 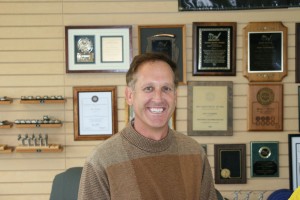 One of the World’s premier instructor/club-fitters, Matt Flenniken of San Jose, California.

Meeting back up with Master Club-Fitter Matt Flenniken is such a fascinating experience.  You see, Matt is not only a PGA golf professional and club-fitter, he is a prolific coach and instructor, very much a student, scientist, and an educator trained in developmental psychology.  As such, his passion causes him to inspect, observe, and dissect with a discerning curiosity that is not only uncommon in golf, but beyond.

Matt Flenniken also espouses and provides a combination lesson and club-fitting in one, a feature that makes him one of the world’s most esteemed club-fitters.  This is an area of the game in which the PGA has not yet really capitalized on.  Why is this important?   Equipment affects ball flight and swing motion, and thus the best teachers embrace club-fitting because they realize that teaching compensation for ill-fit clubs is in no player’s best interest.

Let’s say you visit some fancy dancy high tech swing analysis center that is also used for club-fitting.  Would you want a $10 an hour sales person (PGA or not) fitting you when there are exceptional teachers like Flenniken who has also given more than 55,000 lessons working with you?  Of course not.  A sophisticated machine fitting that does not help you improve your swing and understanding really won’t accomplish the game improvement you thought you were purchasing.

My last extensive fitting was with Matt was around 1993, back when the metal wood clubheads were little more than 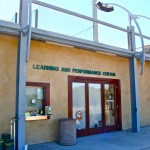 the size of the golf ball and the Big Bertha was still the rage.  We started catching up first.  I shared with him where my game had gone (or hadn’t gone), which is more like it.  This includes how little I play and practice as well as my physical maladies.  I related to him that on a few occasions, I have recently truly and absolutely embarrassed myself playing beyond anything he might imagine, though conversely occasionally my play could almost be superb, but increasingly less frequently.  After never previously shanking the ball, those dreaded “hosel rockets” have become a real fixture is my so-called bag of tricks.  Anyway, listening to myself soon I felt like some old man complaining about every blasted ailment.   Could the good Doctor fix me?

We talked about the golf business, new methodology, different golf clubs, and the like.  Among his many attributes, Matt Flenniken is thoughtfully opinionated and having done his homework, is known and respected worldwide.  His resume includes both Teacher and also Club-Fitter of the Year Awards within the Northern California PGA on multiple occasions.  Flenniken is also a certified fitter for several lines of golf clubs beyond Henry-Griffitts and I could also try any of those very popular advertised models if I want.

Given the right audience, Matt is happy to share, but otherwise he is a modest sort, not out to impress.  Flenniken also shared news with me of new ultra advanced hitting simulators due to debut shortly that will effectively obsolete anything currently on the market, and create the best foundation for swing improvement as well as complement the fitting process. 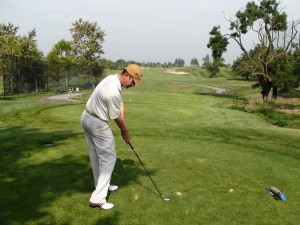 Moving beyond our conversation, once I loosened up, Matt asked me to hit a few six irons with one of the H-G (Henry-Griffitts) test clubs he could instantly assemble.  I could barely get back to the ball and I quickly produced a series of topped shots.  After a few weak high hooks, those shanks reappeared in succession.  Since the area is private, my embarrassment and failing pride were contained – kind of like removing your clothes in the Doctor’s office only five times worse.  Anyway, Matt’s seen it all, but this was bad by anyone’s standards.

Matt quickly noticed that my arms had gotten what I would describe as “loose and floppy” and had wandered away from by torso creating inconsistency.  In quick order, he was easily able to describe the action to me and affect a positive remedy – my shanks were gone.  Hallelujah!

Back to the fitting, rather than bore you with the specifics, the Henry-Griffitts fitting system was the original and still is heads-and-shoulders above the rest in my opinion.  Their fitters are the best trained and have far more combinations of heads, shafts, lies,  lofts, and styles than anyone else – more than 4,000 combinations in all!  (By the way, Henry-Griffitts invented the club-fitting cart, the lie board, long driver, and the interchangeable clubhead.) By me hitting shots onto the range from a hitting board as well as a launch monitor station, we were quickly able to get the right weight, length, lie, loft, and kick-point, etc. to enable me to create, accommodate, and promote my “better swing” as opposed to me making self-defeating compensating moves with clubs that don’t quite fit me correctly – the essence of a truly great fit.

Once I warmed up, it was easy to see the effects that good clubs that don’t quite fit could have.   We went to my current driver and compared my performance with that club to some he quickly assembled.  It appeared that I could easily pick up about another dozen yards with some different club specifications.  Again with the six iron, my ball flight became straight and solid.  In total, we agreed that a heavier club, stiffer playing shaft, and all would not serve me long considering that I am moving into my seventh decade.

I have met and heard of some very knowledgeable club-fitters that know everything about every club, shaft, ball, and all the science that goes into golf, but their knowledge of the swing is probably not much more sophisticated than your 12-handicap neighbor.  Matt Flenniken is the prototype of the future fitting professional – the marriage of the teacher and the fitter.  Until the industry facilitates and capitalizes on this as a career unique career path, beware of the store bought clubs and the fancy swing machines; they seldom translate into much improvement.

By the way, Matt’s lesson seems to have me back on track, even with my 18-year old clubs.  I went out yesterday and hit 170 balls with nary a shank and much improved hits.  The lesson part from Matt worked.  Now I can’t wait to prove my current club-fitting and try the new and improved Henry-Griffitts clubs to complete it all! 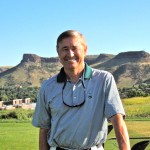 Bob Fagan is himself a “Coach” working with executives and world-class athletes to achieve more pleasing results.  He can be reached at rsf4653@aol.com.