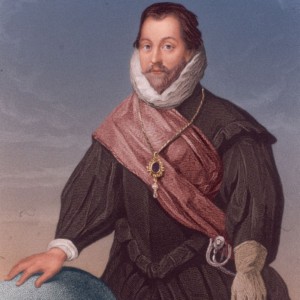 I take a special interest in the doings of Sir Francis Drake for he was a distant, but direct relative of mine. I find him again in Cartagena, Colombia as he was sent to there by England’s Queen Elizabeth with the mission to attack Spanish colonies in a prompted war.

The 16th century witnessed a growing tension between England and Spain.  They fit largely into the context of religious tension across Europe.  Martin Luther’s writings in 1517 had set off a wave of challenges to the power of the Catholic Church.  In 1534, King Henry VIII of England took England out of the Catholic fold. Queen Elizabeth I, upon her succession to the throne in 1558, worked to institutionalize this change.  She adopted laws that upheld the Church of England as separate from the Roman Catholic Church, but remained fairly moderate.  With her excommunication by the Pope in 1570 and the Catholic Counter-Reformation underway, King Phillip II of Spain saw her as an enemy.

By this time, Spain had established a budding empire in the Americas based largely on the looting of gold from indigenous peoples and, increasingly, from the silver mines at Potosí in modern day Bolivia. Cartagena was the gateway port that serviced this trade.

England meanwhile was yet to emerge as a true international power as its first ill-fated colony in the Americas at Roanoke was not established until 1585.  However, it had become a growing naval power, in part through the use of privateers. These privateers were privately outfitted ships and expeditions that were given licenses to attack the naval trade of another country.  In other words, they were pirates who worked for a particular country.  Raids carried out by English privateers against Spanish shipping and colonies had only increased the tensions – and Sir Francis Drake was the most prominent and prolific.

Drake first sailed by Cartagena in 1567, but did not enter when the city’s guns attacked them. Subsequently, arriving in Veracruz, Mexico, Drake and his then boss, John Hawkins were duped by a false truce broken by a surprise Spanish attack destroying most of their fleet. Hawkins and Drake survived and returned to England, but it instilled a deep desire for revenge. Also instilled with a new Protestant zeal, Drake saw himself as a crusader against the Spanish, albeit one that would allow him to profit as well.

Drake led another expedition in 1572 and 1573 that included a venture to Cartagena where he found a fleet waiting for him.  He returned to England after a raid on a Spanish silver shipment across Panama. He would next organize an expedition to the Pacific, sailing through the perilous Magellan Strait and raiding Spanish colonies and trading vessels up the Pacific coast of South America.  There he succeeded in capturing a Spanish treasure ship carrying gold and silver worth as much as $75 million dollars today.

Drake then sailed as far north as the coast of Canada before sailing across the Pacific, through the Indian Ocean, around Africa, and finally arrived back in England in mid-1780.  His voyage had lasted 33 months and it made him the second person to have successfully circumnavigated the globe.  He was hailed as a hero, was knighted, and was now fabulously wealthy to boot. This only added to the tensions between England and Spain where he was hated.

Drake’s Pacific expedition, and Elizabeth’s public embrace of him and her private investment in his expeditions brought the two countries to the breaking point.  Sensing war, Elizabeth hoped that a daring raid on Spanish colonial possessions in the Caribbean would serve three purposes: put England on the initiative; help provide funds to fund a future war; and perhaps most importantly, that plunder would come at the expense of Phillip, making it more difficult for Spain to carry out a war.

Drake arrived back in Cartagena in 1586. His fleet of 29 ships and about 800 crewman and 1,600 soldiers was the largest England had sent to the Americas. (It should be noted that the crew suffered a virus and lost 300 on the voyage.) Drake was to demand redress and compensation from the Spanish authorities for his earlier losses on the voyage with Hawkins.  Spanish refusal would then allow him to use force to get it.  In reality, this was nothing more than a pretext for what would really be an attack on the Spanish Main meant to disrupt Spanish trade, raid its colonies, and possibly even capture the annual treasure fleet.

The Spanish were forewarned, but the city’s famous walls had not yet been built. Drakes forces quickly succeeded in taking control of the city, but subsequently he lost control of his soldiers. Against his orders, they began to attack the city, setting houses on fire, and damaging cathedrals.

Drake held the city for ransom and demanded money, jewels, and gold. Two months after they first set foot in the city, Cartagena paid its ransom and Sir Francis Drake, along with his soldiers, proceeded back to England with boats full of riches.

Drake called for a council of war to decide what to do with the city. One suggestion was that Cartagena should be held by the English, and turned into a permanent English settlement in the heart of the Spanish New World. However they all agreed that the English crown would not tolerate the huge finance that would be involved. It was agreed that with a fever spreading rapidly and the ransom now completed it was decided to abandon the city as soon as the ransom was collected.

Drake established his headquarters in the house of the wounded Spanish captain who had earlier surrendered to him. He actually became friends with him and allowed Bravo to visit his dying wife. In a compassionate move, Drake greatly reduced his ransom from Bravo to just 600 pesos. 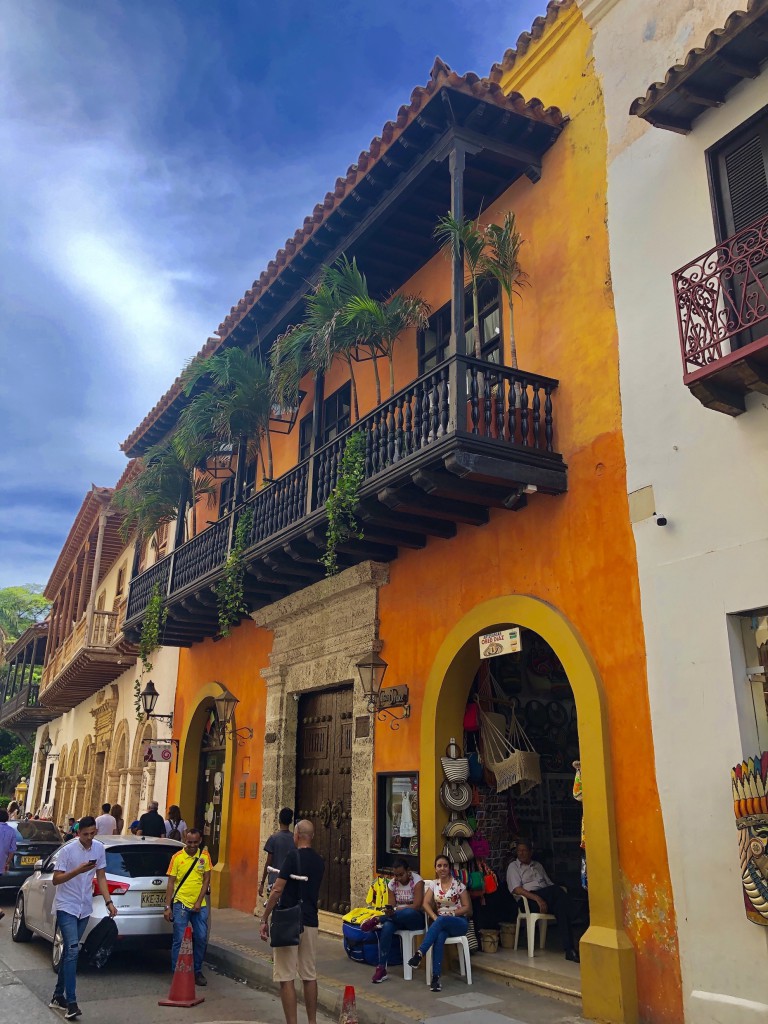 Behind the massive wooden doors and stone facade is Casa Drake. Once Drake’s headquarters in Cartagena, it is now a popular hotel. (Photo by Robert S. Fagan)

Including all the looting and ransom estimated around 500,000 pesos, the take was disappointing given all the English investors and crew expenses. Losing more than 100 of his crew to the tropical fever, Drake left and none too soon, just two days before a Spanish fleet arrived to trap him in the city.

With stops in Cuba, St. Augustine, and Roanoke just off the Carolina Coast, Drake finally arrived back in Plymouth, England after the 10-month expedition. The original investors took losses regaining only 75% of their investments. The “Great Expedition” had not brought the riches many had hoped, but it did have diplomatic consequences.

Drake’s raid on Cartagena also likely made war inevitable.  Although one of the motivations was to cause such a loss to Spanish coffers as to make them think twice about going to war, there was little chance the Spanish would ever have accepted such an affront with out wanting to take revenge.

After the Spanish succeeded in putting down the English supported rebellion in the Netherlands, King Phillip decided to deal with the English threat directly.  The Spanish began making plans for a full-scale invasion of England.

This invasion force was, of course, the Spanish Armada, which was defeated by English sailors, amongst them Drake in 1588.  This upset victory helped establish England as a major power to be reckoned with and competitor to the Spanish and French in the Americas.

The popular cocktail drink, the Mojito has its origins as a result of this raid. With fever coming a problem amongst the English ships Drake wanted a solution. After leaving Cartagena and sailing northwards, a small boarding party went ashore in Cuba and where according to legend his sickened soldiers mixed limes and cane liquor from the local indigenous people to help remedy their fevers, thereby inventing an early version of the Mojito and so became known as El Drague.

The consequences of the Drake’s English attack on Cartagena also had consequences. The ransom paid from royal funds took years to repay and it pointed out the flaws and overconfidence in the city’s defenses prompting the beginning the of famous Walled City. While Cartagena would suffer a couple of more attacks over the years, the fortress was fortified and would no longer suffer.

The house of Alonso Bravo that Drake stayed in, Casa de Alba, has been refurbished over time and you can still see a plaque on the wall with Drake’s name on it. Today, it is a popular hotel especially with Brits. Hopeful visitors must make reservations a year in advance.