At the risk of missing a late-breaking golf story before the year’s end, let me humbly submit my favorite Michigan golf stories for 2015. As a prologue about possible omissions and oversights, remember: “To err is human; to forgive, divine.”

Lexi Thompson wins Meijer LPGA Classic. Fan-favorite Thompson made mince meat of the par-fives and fired a final round 65 en route to a one-shot victory at Blythefield CC. With stars like Michelle Wie, Stacy Lewis, Lydia Ko, Suzann Pettersen and Paula Creamer passing up the tourney for an extra week before the British Women’s Open, Thompson was an ideal champion for the second year event. Incidentally, Inbee Park (world #1) played in Grand Rapids and then won the British.

Tom Gillis loses in a playoff to Jordan Spieth. PGA Tour veteran and Pontiac native Gillis kept the state glued to the TV during the sudden death playoff for the John Deere Classic in July. Gillis was attempting to become the first Michigan PGA Tour winner since John Morse won the ’95 Hawaiian Open. Alas, it wasn’t to be for Gillis against the game’s top player but he did take home $508,000. 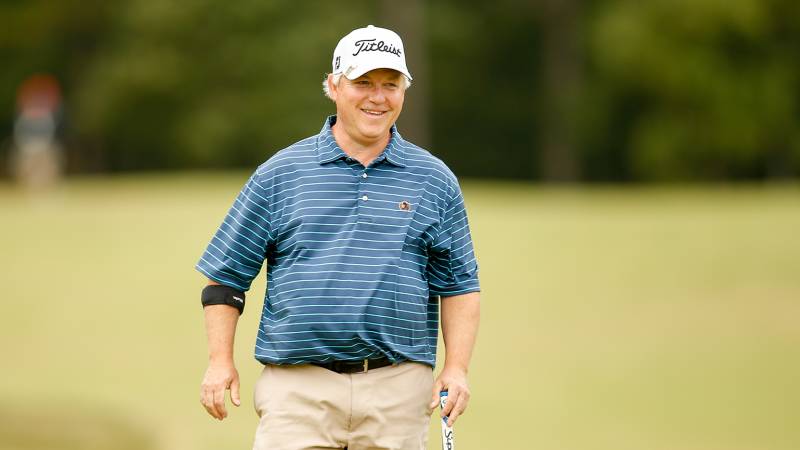 Lewis was the medalist at the U.S. Senior Am

Randy Lewis is medalist at the U.S. Senior Amateur Championship. Lewis became the first Michigander to be a USGA medalist and number one seed for match play in a generation or more. Although he lost in the quarterfinals to the eventual champion, Lewis is exempt next year from local qualifying for the national tourney. In December, he was named the GAM’s Senior Player of the Year.

The University of Indianapolis wins the NCAA Division II Women’s Championship at The Meadows GC. As further evidence of “climate change,” Indianapolis (IN) became the first school outside of Florida to capture this national golf title beating perennial powerhouse Rollins College (FL) by five shots in the 72-hole medal play competition. Medalist was Brenna Moore (no relation, darn it) of Midwestern State University in Wichita Falls, Texas. It was the ninth NCAA golf finals held at The Meadows, located on the campus of Grand Valley State University in Allendale. 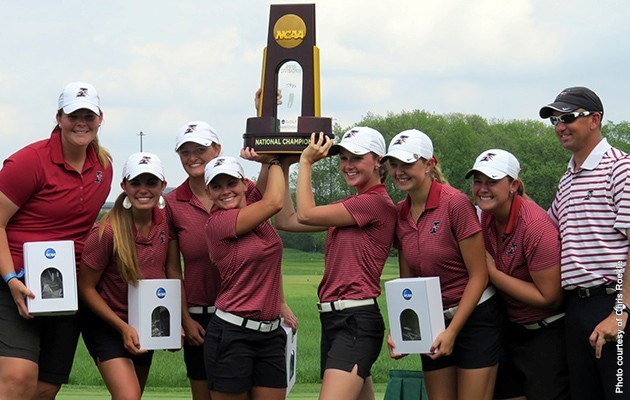 Doak’s The Loop generates national buzz. Tom Doak’s new course at Forest Dunes, set to open sometime in 2016, is gaining national attention for its reversible design. With 18 greens but in effect 36 holes, The Loop may be played in either direction depending upon the day. It may seem novel but The Old Course at St. Andrews began its reversible routing in 1896. 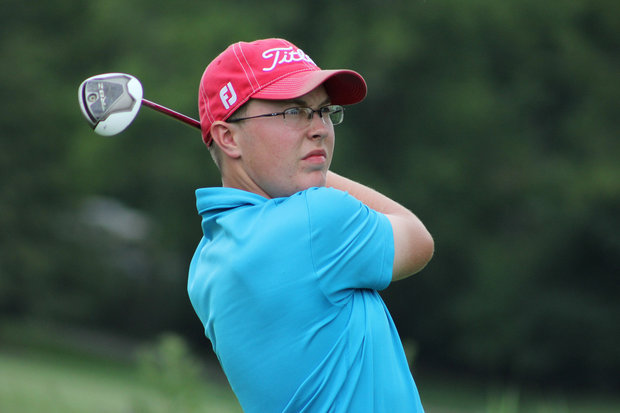 A 17-year-old giant-killer at Michigan Amateur. In consecutive matches, Austin Jenner, 17, of West Branch, knocked off medalist Reed Hrynewich, a U-M player who later in the summer made match play at the U.S. Amateur, and defending champion Henry Do, a U. of North Carolina standout, at Plum Hollow CC. Jenner bowed out 1-up in the semis to eventual champion Ryan Johnson.

Brian Cairns at the PGA Championship. Fox Hills’ Cairns, 51, was one of only 20 PGA club pros in the U.S. earning his way into this major at Whistling Straits in August. Although he missed the cut, the affable Cairns handled his post-round interview with me with his usual humor and class. Last week Cairns was named the National Senior PGA Professional Player of Year, the first Michigan PGA Section member to earn a national POY award in any division.

Michigan quintet competes in the Drive, Chip and Putt Finals at Augusta National GC. Hats off to Anika Dy, Traverse City (Girls, 12-13); Jordan Jurmu, Marquette (Boys, 12-13); PJ Maybank, Cheboygan (Boys, 7-9); Satchel Pierce, Union (Boys, 10-11); and Coalter Smith, Grosse Pointe Farms (Boys, 14-15). Although all were winners by just qualifying, Pierce had the highest finish with a second in his division, only one point off the lead.

Tournaments aplenty in 2016. In October, the LPGA announced the LPGA Volvik Championship will be staged May 26-29, 2016 at Travis Pointe CC in Ann Arbor with a full field of 144 players playing for a $1.3 million purse. As such, next year will see seven significant tournaments in Michigan: the Senior PGA Championship in Benton Harbor; two LPGA stops in Grand Rapids and Ann Arbor; three Symetra stops; and the U.S. Amateur at Oakland Hills.

Images courtesy of the Meijer LPGA Classic, USGA, NCAA, and the GAM.