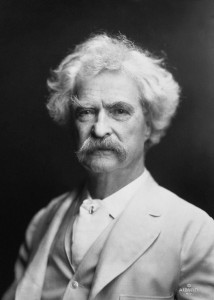 It’s fair and appropriate to lend a few comments about Tuesday afternoon’s harsh weather and how it impacted the tournament. Let me admit first, I wasn’t at the tournament at this time. I did, however, receive several texts from my good friend and former college player Kurt Vanden Bosch who was on the course following competitor August Meekhof of Eastmanville. Earlier in the day while biking he reported how the forecast had dramatically and suddenly changed. Later one of his texts read: “Worst playing conditions I have been in the middle of for the last nine holes, even in Ireland at Royal Portrush in 1991!” He and others wondered why play hadn’t been called earlier as casual water dominated the putting surfaces.

It’s a valid question. As GAM rules official Craig Reading earlier reminded me, suspension of play is justified—not counting obvious factors like lightning, visibility and darkness—due to excessive wind and water conditions. The rules state suspension of play is warranted “when wind causes several instances of balls moving and players are having problems with replacing the ball on the spot from which it was blown; and for water “If all the area around a hole is covered in temporary water and it cannot be removed, in stroke play the course should be considered unplayable and the Committee should suspend play.”

From what I heard, Boyne and GAM tournament officials did their best to squeegee the greens in an ever losing battle against the elements. In a perfect world, all the impacted greens would have spotters and maintenance staff and even TV/web cams on hand, as they do at many national tournaments, to gauge and mitigate conditions to make the most timely decision. With golf having one of the largest playing surfaces in sport to monitor, it’s often a tough task for the tournament committee, especially in adverse weather. As reported by Greg Johnson, Tuesday’s round was “suspended at 7:45 pm due to unplayable conditions” with ten groups still on the course. Several of these players and a few parents, from what I was told by witnesses, were quite irate and vocal about the timing of the suspension of play.  That was unfortunate outcome for the tournament committee. But in the broader context of the GAM and its 100-year golf legacy, it comes with the territory, taking the heat as well as the acclaim.

By the way, 15 players from that notorius afternoon wave made it to match play. And of that group four players made it to the Sweet Sixteen with two of those players making it to the final four matches.

The course conditions on Wedneday were noteworthy in a more positive light. Given the torrential downpour the day prior, the course conditions were outstanding. Thanks to drainage, soil composition and the diligent labors of Boyne’s superintendent Shaun Osborne and his staff, none of the players in my two matches on Wednesday took relief from casual water nor did l witness a lot of “mud” balls. Meanwhile, tournament officials smartly moved up the tee on the water-logged par-five 5th hole making it a par-three.