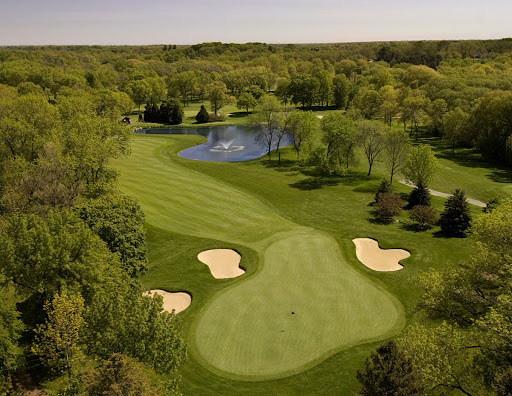 Twenty-five years ago Tiger Woods made his pro debut at Brown Deer Park GC at the Greater Milwaukee Open. As the Ryder Cup starts this week in Wisconsin, I’m remembering a visit there last fall when I had a chance to play the course.

Brown Deer, founded in 1929 and designed by George Hansen, is a big and brawny golf course, one that held up to the game’s best in 1996 including the Tiger cub. It’s a parkland course with big greens offering lots of pin positions. Its bunkers are strategic and well-placed and the sand is well-attended. Like a number of parkland courses, there are a few too many overhanging limbs and overgrown trees but the course is addressing it.  Best of all, it’s a walkable layout where a number of players were seen carrying their clubs or using a trolley. With four sets of tees, there are plenty of options for players to enjoy a round suitable for their games.

A few side notes about Hansen. According to the seminal The Architects of Golf, Hansen was the Milwaukee Parks Superintendent who designed and constructed five courses for the Park system. In recognition of his efforts, the 1951 USGA Publinks Championship was awarded to Brown Deer. Unfortuntely, Hansen died shortly before the tournament.

Andy Barrett is the Head PGA Golf Professional and he has a smart hand on the helm. During his tenure since 2015, the golf course and pro shop have made a number of improvements such as a updated cart staging area, the opening of the Oak & Antler Tavern with a beautiful deck lending a great view of the course, and a road realignment project. More improvements are on the horizon. His major goal is to restore Brown Deer’s name among Golf Digest’s Top 50 Munis in the country. He’s well on his way. 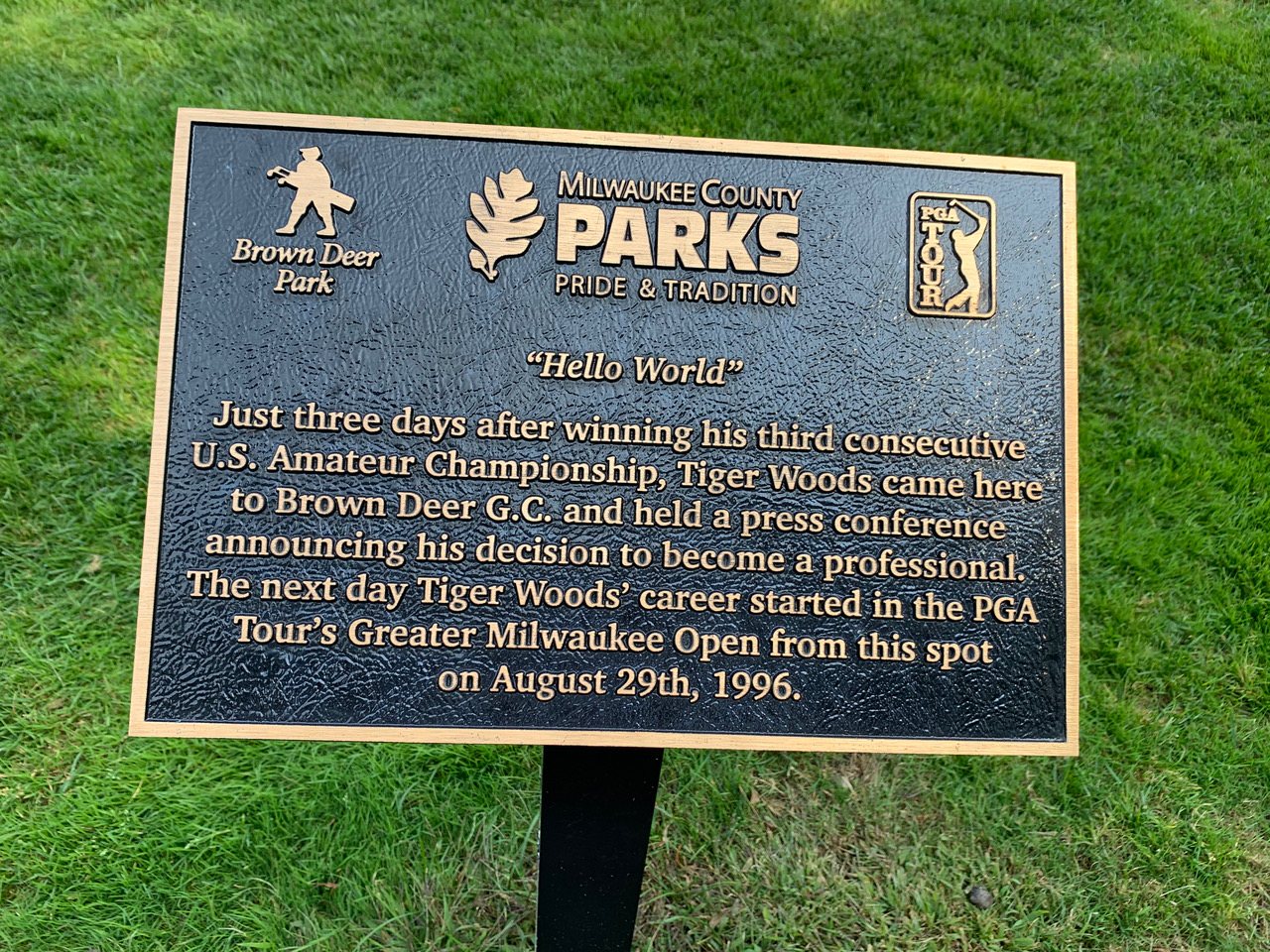 Where it all started

Brown Deer has celebrated Tiger’s debut in a number of ways. There’s an official Milwaukee County Parks plaque near the tee that commemorates his pro career starting on Aug. 29, 1996. Fittingly, it’s titled “Hello World,” the phrase Tiger used at his initial press conference saying he was turning pro at Brown Deer.

Barrett has made sure that iconic phrase is used on a number of merchandise items in the pro shop from putter head covers to ball markers. There are a number of framed photographs and news stories from that tournament adoring the pro shop’s walls. 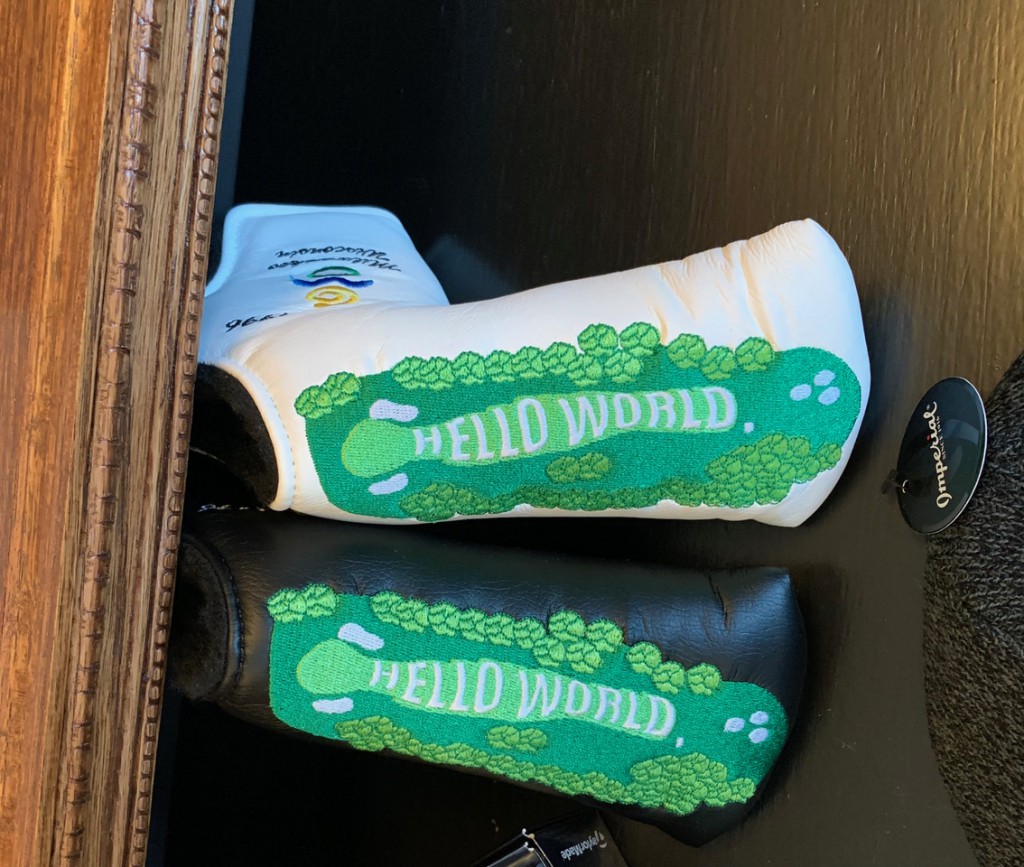 I also liked how Barrett used the hallway to the lounge and the pro shop as another commemorative space. Past champions’ photographs are displayed as well as other significant  moments for the tournament.

My favorite was a framed portion of the leaderboard in 2006 when Corey Pavin shot a record 8-under par 26 on the front nine holes at Brown Deer at the US Bank Championship.  Pavin, 46, birdied the first six holes and only parred the par-3 7th hole before making birdies on holes eight and nine. With 59 within his grasp, he cooled down and made only one more birdie to settle for a 61.

Afterwards, he was quoted: “It was just one of those nine holes, once in a lifetime for me so far, anyway.” Pavin went on to win the title in a 20-under par total of 260.

Another favorite is checking out Brown Deer’s Hole-in-One Club and plaque which lists the names of those of who had aces there. I loved how Tiger Woods is included among the regulars at Brown Deer for his ace at the 14th hole at the ’96 GMO.

The next time you’re in the Milwaukee area, say hello to the world and Brown Deer Park GC.

To whet your appetite check out this YouTube video at