Exercising my paternal gift bestowed on Father’s Day, I watched a lot of the U.S. Open on Sunday. I also watched it on Thursday, Friday and Saturday. As such, here’s my winners and losers on how it all turned out. 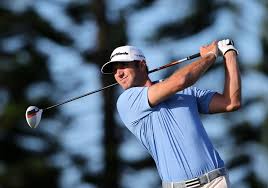 Dustin Johnson redeemed his reputation for throwing away major championships by claiming the U.S Open by three shots at treacherous Oakmont CC. A year ago at Chambers Bay, Johnson suffered the ignominy of three-putting from 12-feet on the 72nd green and losing to Jordan Spieth by a shot. Until this past Sunday, Johnson’s sizable physical gifts yet shaky course management skills recalled the line once said about Greg Norman: “He’s the best player from the neck down.” This time Johnson didn’t fold under intense pressure and showed admirable inner fortitude and composure in the final round while being under a cloud of a controversial rules matter. More on the latter later. Meanwhile, Dustin Johnson is a deserving major champion. 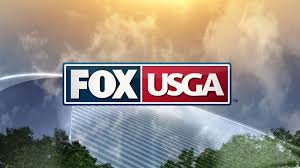 Fox Sports redeemed itself with this U.S. Opem

Fox Sports golf telecast team also redeemed its reputation. A year ago at Chambers Bay, the upstart TV golf team was as uneven and as embarrassing as those terrible putting surfaces. As an analyst Greg Norman was a disaster and the rest of the crew seemed confused and out of sorts. This year the revitalized new team led by the rock-solid Paul Azinger, found its footing and its credibility with articulate voices and effective use of cameras and technology. It had a host of knowledgeable announcers both in the tower and walking the course. And when the infamous rules flap occurred on Sunday, Fox rose to the occasion and didn’t flinch from criticizing how the matter was handled. This is a delicate situation for a “media partner” like Fox vis a vis with the hosting organization—the USGA. But Fox met the challenge by putting the viewer’s interest, not the host, front and center in its presentation. Well done, Fox Sports! 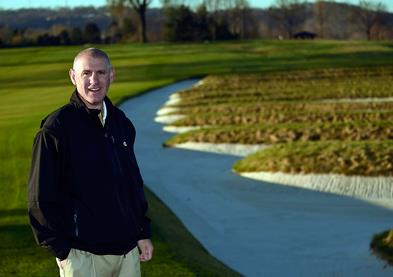 Oakmont’s superintendent John Zimmers and his grounds crew were simply amazing in terms of not only the quality of the playing conditions overall but the herculean effots to combat the elements from Thursday’s downpour. On the eve of the championship, one long time turfgrass journalist said Oakmont was the best-conditioned course he and others had ever seen. And then after three inches of heavy rains, that same crew worked through the night and into Friday to get the course back in shape. Some of the workers slept in two-hour shifts in order to have enough “hands on deck” to handle the many tasks. By the weekend, Oakmont was restored to its proper place of providing exemplary playing conditions. Take a bow, Oakmont!

As much as I admire what the USGA does for golf, it came up woefully short—for the second straight year—on the U.S. Open. Last year, the playing conditions and the gallery vantage spots were not worthy of the game’s National Championship. Staging a major at Chambers Bay with its subpar greens really backfired on the USGA and nearly upstaged the spectacular performances of players.

This year during the final round, the USGA rules committee applied the strict letter of the rule book in enforcing a one-shot penaly after it was deemed Dustin Johnson caused his ball to move on the fifth green. Despite having a walking rules official in the group who originally deemed no penalty was incurred, the USGA decided to inform Johnson seven holes later (!) that due to video evidence, the matter was still under review and a penalty was still possible.

The rules officials I’ve interviewed had no issue with the penalty per se—because the “weight of evidence”—namely the timing of the ball moving and proximity of Johnson’s putter to the ball during practice swings—pointed at the player as the primary reason for the ball to move. But both rules officials said in an ideal world, the timing of the final ruling should be much closer to the incident. Johnson shouldn’t be told on the 12th tee that the matter wouldn’t be settled until they all looked at video after the round. Given today’s portable technology, why not take an IPad with its HD capability and show the player the video at the 12th tee and settle the matter then? Having Johnson and the rest of field being under a cloud of uncertainty until Johnson reached the clubhouse was not fair.

From the viewer’s perspective, the vast majority didn’t see anything conclusive in the video to overturn the walking official’s original assessment of the incident. Also, all week long the legendary fast greens of Oakmont were commented upon. These are greens with shapes and bumps shaved to lighting-fast conditions due to modern mowing practices. Designer Pete Dye once said to me in an interview that when Ben Hogan won the US Open at Oakmont in 1953 “those greens were probably only rolling at a six if they had used a stimpmeter back then.” With sloping greens stimping now at a ridiculous 14 or 15, it’s more likely simple gravity rather than the player caused the ball to move. Green speed should also be a factor in the “weigh of evidence” in these matters. Slow the greens down and give the players some slack.

Regardless on how one views this rules interpretation, what happened on Sunday during the final round of a major championship shouldn’t be repeated. But it sure made for some compelling television.

Addendum: After this column was posted, the USGA issued a statement regretting “the distraction caused by our decision to wait until the end of the round to decide on the ruling.” Later on Golf Channel the USGA’s Mike Davis said, “We’d really like a mulligan because we clearly made a big bogey.”  Kudos to the USGA for realizing the mistake and admitting it.

One Response to “Winners and losers of the U.S. Open”