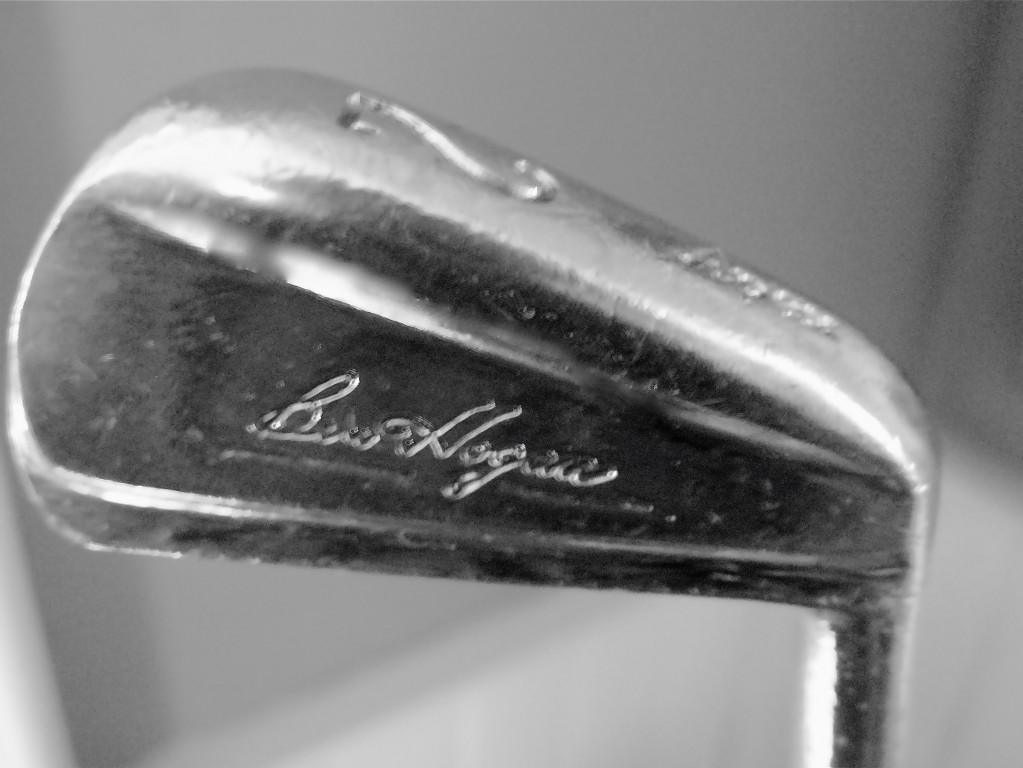 Only a bigamist has as much to celebrate in 2011 as do I.

This year I mark not one, but two, silver anniversaries.  My golf clubs and my pickup both hit 25.  It’s a time to pause and reflect.

The pickup is a 1986 Chevrolet C10, the line’s entry model.  It was cherry red when I bought it, but it’s not anymore.  Too much sun.  Now it’s about the color of an M&M your kid lost behind a couch cushion years back.  That it’s around at all is a marvel.  It was built just as American manufacturers figured out that by dint of economies like thinner sheet steel and plenty of plastic, they’d improve margins.  Good thinking!

Never a show truck, the Chevy was put to work.  Firewood by the bed-load, overstuffed couches, dump-bound televisions, skylarking children, the truck’s done it all.  Sometime in the ‘80s I gave up all pretense of maintaining its looks.  When I backed it into a brick wall and bent the diamondplate rear bumper, I took on the bodywork myself, using a splitting maul to get things more or less in order.

As of this writing, the truck has never been washed by the hand of man, and I better not find anyone trying to break the streak.  I have my pride.

The clubs, 1986 Hogan Apex blades, are, like their namesake, severe-looking and unforgiving of a bad shot.  They’ve always been a little more than I can handle.  But I’d played a few sets of sloppy-feeling clubs, and I wanted to go with blades.  That meant the Apex, the Staff, or the beautiful, pretty much forgotten Palmer Peerless.

The Apex woods were shortlived.  The 5-wood cracked, a replacement cracked, and I was told to forget it: persimmon was in short supply, was being harvested too early, and couldn’t stand the gaff.  I put the wooden woods away and bought a metal driver.

The irons are quite another story.  Look at a pure blade Apex today and it won’t look much different than one of mine.  In some years the head shape is more musclebacked than in others, and the tiny gold disc on the back of the clubhead comes and goes.   But they’re all true to the look of mine.

I am a golf Luddite, though I’ve continued to upgrade drivers and fairway woods in self-defense.  I won’t own a rescue club.  It’s a matter of principle, though I’m not sure which principle.  I play the 3-iron, which is hard, and I carry the 2-iron on windy days or whenever I go the UK, because while I can’t get it more than 30 feet off the ground, it will scamper true for a couple of hundred yards.

Club fitting wasn’t around in 1986, and I’m not sure I suffered too much for the lack of it.  Not long ago, though, I succumbed to the loft/lie thing and brought my clubs in for a look.  The club-fitting guy eyed them for a long time and then said, “What do you want me to do with them?”  Smarty pants.

In truth, though, over 25 years they have seen some hard duty.  Their silver luster is mostly gone, the red ink in the numbers on the soles entirely so.  And—here’s the rub—the grooves aren’t very groovy anymore.  I priced an overhaul: re-grooved and re-chromed runs about $700.

I don’t know.  Maybe it’s time for champagne, cake, a gold watch and honored retirement.  I know that was the feeling of a pro I met up with during a round last fall.  He was, of course, completely plugged into the elegance of the Apexes.  Yet as we shook on the 18th, he said “Let it go.  Look around some.”  And finally, like Welles at the close of Citizen Kane, he uttered a single, final word: “Mizuno.”