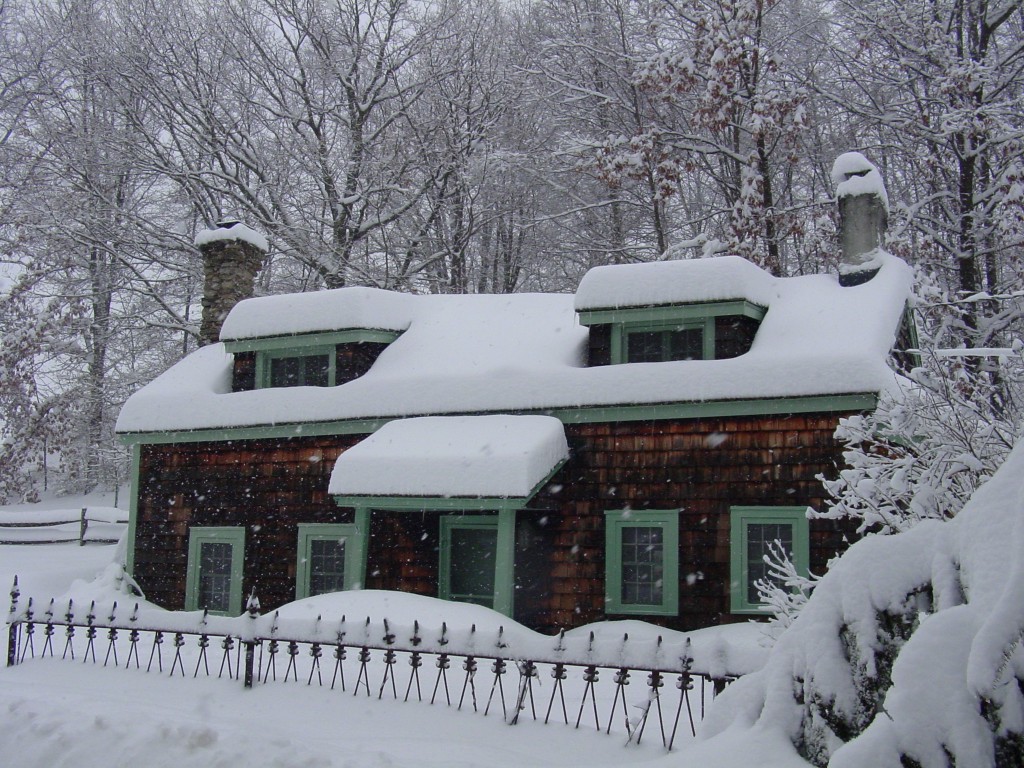 Snowing.  Again.  We live in our zip codes and take what we get.

Up here on the mountain, winter is emphatic in cleaving golf into separate seasons: one forever gone, one way too far in the future.  There is last year, and next year.  Between them is now.

If we didn’t strain for signs of the fresh season’s start within weeks of the old season’s end, we’d be reasonable people, and golfers are not reasonable people.  So the signposts, implausible as they may be, are needed, and noted.

A few I count on.

Jim Nance ‘s seductive tones, promising for the first of what will be many times, that come early April, CBS will for the zillionth time host The Masters.  (All genuflect.)  Georgia’s azaleas will bloom in just, mmm, ten or so weeks.

Jim’s plugs came on last weekend’s football broadcasts.  Parenthetically, is Bill Belichick not a tad quirky?  In fact, the only thing he’s missing to complete his look is the scythe.  Now that he’s secured his last offseason berth (his home) and the Jets remain alive, media outlets here in New York are encouraging Jets Coach Rex Ryan to have fewer press conferences.  If the Jets beat Pittsburgh come Sunday, the prospect of doubling up on Rexspeak over that two week lull before the Super Bowl becomes a real danger.  Could be rough.

I like the January Thaw.  Not this year.  No thaw.  Sorry.

The Super Bowl.  It used to be played in mid-January.  Now the tournament stretches into the first part of February.  Toss in the fact that Ground Hog Day will be in your rearview mirror by the time the game is played, and winter looks like it might someday conclude.

Spring Training.  Is there a surer promise of spring’s advent than the news that pitchers and catchers are due to arrive across Florida and Arizona?  A true milepost.

Equipment Fantasies.  More complicated because they arc across the entire winter.  Gardeners, afflicted with the same off-season malady as golfers, cope by memorizing Burpee’s catalogues and promising themselves that this is the year they’ll really, really, commit to weeding.

Golf magazines, prospecting among this year’s new clubs, new balls, new shoes, and all the collaterals, whet the appetite.  All-new, much-improved, custom fit.  None of this off-the-rack business.  In darkest January, this is light, and what it illuminates is the path to a better game. It best, or some players might reason that it would be okay to stick with the thousand or so bucks worth of equipment they’re playing now.

Of new equipment, there is no reason to dismiss it out of hand, but balance expectations of equipment-driven improvement with Brooklyn Dodger general manager Branch Rickey’s comment on the connection between money and success enunciated in a contract negotiation with outfielder George Shuba: “We finished last with you, we can finish last without you.”

Maybe it’s true.  Maybe I can play just as crummy with what I’ve got as what I might get.  But.  I just saw a prominent—make that blaring—teaser on the cover of one of my golf magazines that said simply: “Buy a Better Game!”

Shook my world.  A flat out guarantee?  This is the best idea.  Ever.  I’m off to the world of sporting goods, credit card in hand.  Just as soon as I finish identifying the car (I know it’s somewhere in the driveway), shoveling it out, and finding a kindly neighbor to give me a jump start.