The dominant topographical feature of Walking Stick in Pueblo is a (usually) dry, deep, rocky arroyo that slices through the northwest corner of the property. It’s a dramatic natural feature, the kind of asset you can’t buy or build, and sadly the design only manages to utilize it on three holes. 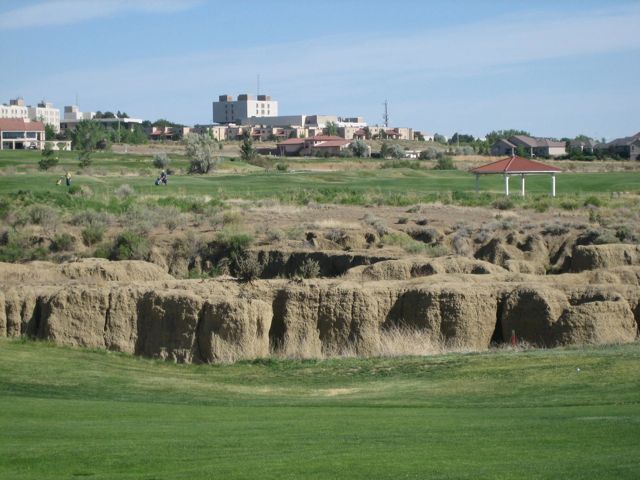 Maybe architect Arthur Hills was shy about having public players hit over the chasm, or there was no affordable way to get golfers across it, or maybe there were permitting or liability issues that prevented the design from using it more strategically (although Cougar Canyon, the new Nicklaus course down the interstate in Trinidad found a way to integrate a similar arroyo fully into its routing including an “island” green popped up on a rocky pedestal in the middle of the canyon). Which is all a shame because some potentially great holes at Walking Stick were left on the board by not arranging them at various angles against it and over it.

The fairways are extremely wide—necessary in the robust Southern Front Range winds—though the greens aren’t generally contoured or positioned to really reward the flexibility of angles they provide.

I also think if Hills were building this course today he’d try to route the holes differently, giving them more bend and orienting them more to expose the player to all facets of the winds. Right now too many holes run parallel east-west or north-south. I’m pretty sure he’d also do a lot more shaping around the bunker edges and pull the native grasses down into them. Or maybe not, since it wasn’t done the first time. 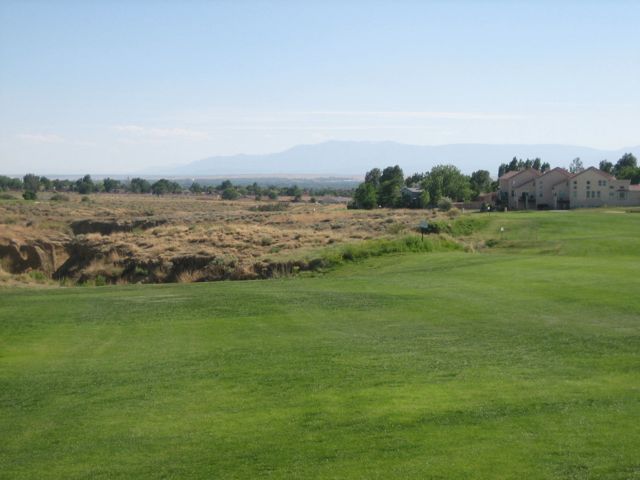 The par-5 fourth holes hugs the edge of the ravine.

It sounds like I’m bagging on the course and I’m really not; it’s a cool site and there’s a lot to recommend here for the public player, including the size of the holes, the nice natural ground contour, the comfort of the walk and the wild border grasses. It’s just that the property had so much potential I can’t help but think of what could have been done better. (86)