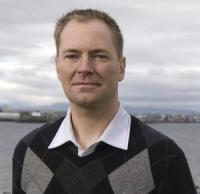 Royal St. George’s is considered among the toughest of the nine links courses on the Open Championship rota. When Ben Curtis stunned the golfing world with his win here in 2003, he was the only player to break par for the 72 holes. In Sandwich, the wind is bound to blow. This will wreak havoc with the players’ judgement and patience. However, the forecast does not include any sillyness, so prepare to find an exacting test under conditions that will still allow for a great show for us who will be looking on.

Here are our five candidates for glory this week:

He looked fresh and relaxed at the Barclays Scottish Open at Castle Stuart, which he won after a very convincing final-round 63. The putts are dropping once again and his iron play was laser-like.

We all know how he was, the last time he played. He has not competed since the U.S. Open, so the question is: What has he been up to? Talking to the press the whole time, hanging around, or has he been preparing for The Open Championship at Royal Portrush and/or some of the other fantastic links courses that they have in Northern Ireland? I will go for the last option. I believe he will arrive, having prepared in a better way than ever before. He has found a way to close the deal and he has his sights set on the Claret Jug. He is the favorite, but after all, the is The Open Championship, where the wildest dreams may come true, but nightmare lurks just around the next sand dune.

Here we go again. It seems that we always have Ernie on our list. He has improved his putting since taking up the belly putter that we so strongly urged him to do (you wonder if he lurks on this site). Els has many good memories from the Open Championship, and I think this is the event where he will get back on track, and give us a stretch of performances reminding us of the good, old Big Easy.

We have not been taking Sergio seriously enough recently. Judging from his own words, he has apparently been struggling in his private life. He played very well in the U.S. Open, where he delivered each round at par or better. Still, the feeling is as if he is simply taking a walk with his clubs, and not competing with the same vigor as before. Or is that just me, or us? Garcia showed great play in Germany three weeks ago, where he lost in a playoff against his countryman, Pablo Larrazabal. Sergio is a great striker of the ball, but needs to improve on the greens. Garcia has told the press in Sandwich that he arrives inspired by the feats of his countryman, the late Severiano Ballesteros who won the Open Championship three times.

Speaking of Seve, here is a man that Jesper Parnevik called “The Swedish Seve”. Fredrik Jacobson’s short game is second to none. He has all the shots needed for links golf. He now has new-found confidence with the driver, and after a recent first win in the United States. He will be in the hunt.

Whether we like it or not, the element of luck is ever present in the Open Championship. Here we are not referring to the famous “rub-of-the-green” that is so evident in links golf. This will even itself out, hence the reason why we play enough holes to eliminate fluke winners. Chance is involved here due to the unstable British weather. A player can benefit from the luck of the draw. Will he be out early on Thursday, and late on Friday, thus escaping a possible storm that may have passed in between, or vice versa? Often, when you review past results keeping in mind how players have fared this way, weather-wise, you will find that there is a pattern here.