All right, I’ve used some indelicate language here, but I didn’t know the exciting conclusion to this international round was going to go international on YouTube. For that I have to thank Joe Whitley, a strapping young Yorkshire lad who is a staff writer for the National Club Golfer and Lady Golfer magazines across the pond. (Some of his Flickr photos can be seen here.)

Joe and I played several rounds together in late January, 2011, in Abu Dhabi, and considering that he took the game up only in recent years, he has come a very long way–the same distance he hits the ball. Joe writes mainly about equipment, and he was testing the then brand-spanking new TaylorMade R11 driver with its then incongruous white head. (The R11 has quickly become ubiquitous, and now after hitting it at a demo day and making a few of the many adjustments that can be made with the club, I’m lusting after one myself.)

But Joe put on quite a demo himself when we were playing the tenth hole at the Saadiyat Beach Golf Club in Abu Dhabi. Albeit it a short par-4 at 296 yards from the tees we were playing, Joe decided to go for it with his driver and not only landed the ball on the green but almost aced the hole. 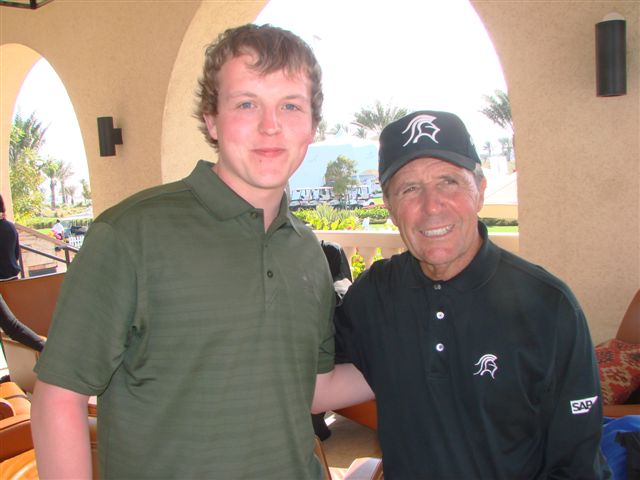 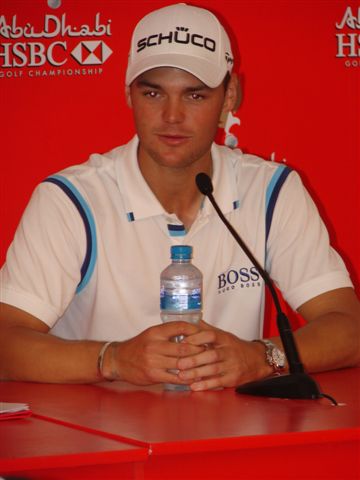 A day or two later we played the Abu Dhabi Golf Club, this right after the early season European Tour event, the Abu Dhabi HSBC Golf Championship. It was here that Martin Kaymer blew the field away, vaulted past Tiger Woods to the number two spot in the world rankings, on his way to the number one spot for a time. (As of today, Kaymer is third behind Luke Donald and Lee Westwood; Woods has slipped to #15.)

All I can say is that these guys must really be good, because once I strayed off the fairways at the Abu Dhabi course I was cooked. While actually hitting the ball fairly well, I was just enough off line to wind up in snarly long grass hole after hole. Yet the pros were going low as usual.  Kaymer finished at 24-under! Also using the R11 I might add.

I was probably about 24-over for the one round, so by the time we came to the par-5 eighteenth I wasn’t much concerned with the score.  (Looking at the card now, I see I stopped writing anything after another X on the thirteenth.) I hit a blistering drive on the 515-yard hole, but there was still only one way to make it home.  Joe, who hadn’t lost his glow from an earlier eagle from the fairway, urged me to give it a go with the driver (a TaylorMade R7 in this case) and pulled out his camera to record the attempt.

A good attempt it was, too; a few shouts of amazement can be heard at the end of the video, but young Joe did let up on his filming trigger finger a bit too soon, and the soaring beauty of the shot is lost.

For the swelling multitudes who have asked–I had the distance. But the shot didn’t cut enough to avoid a left greenside bunker. And then I made a complete hash of it from there.

The Fuller’s London Pride in the clubhouse removed the sting. And just to play fair, here’s one of Joe at Saadiyat, with an arguably more universal beverage: