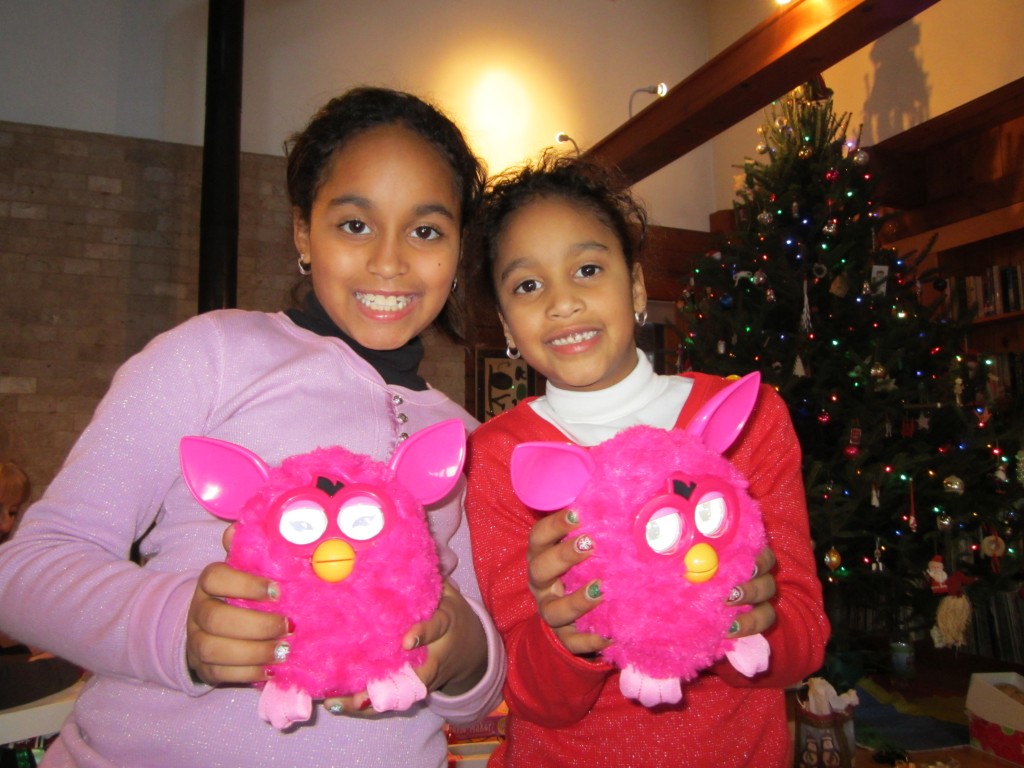 With three pre-teen grandchildren and ten of us altogether ripping into Christmas gifts this morning, there was ample delirium on hand. Now that two Furbies have been freed from their packaging and are even now speaking Furbish to each other, the time seems about right to begin the day’s imbibing.

As I indicate in an earlier post about the Huyghe Brewery, Delirium Tremens began life as a Christmas beer in 1989, but proved so popular—partially, no doubt, to its clever packaging in ceramic bottles with pink elephant designs—that it went to year-round production. Two siblings came along, Delirium Nocturnum and Delirium Noël. And now there’s a fourth, an 8.5% ABV fruit beer called Delirium Red.

My son, Mike, and son-in-law, Glenn joined me in tasting the Delirium Noël, and then my wife had a go, too. Like yesterday, our sensory impressions were all over the map.

Highly effervescent, the beer pours out a ruby brown. To me it had a huge caramel nose, which Glenn and Lynn thought smelled like clover honey. But there are also estery fruit notes, citrus and ginger. As the beer warmed I picked up more alcohol vapors, but in general the beer seemed less warming than the lower ABV St. Feuillien Cuvée de Noël we had yesterday.

But Glenn said, “It’s almost like drinking something stronger than beer.”

Mike said, “It’s a little too yeasty for me.”

The beer was a bit sweet for me, but for such a potent one, the mouthfeel seemed a tad on the thin side.

“But in spite of all our complaints,” said Glenn, “I’ve drunk all of mine.”

Not unlike the three wise men. Or the three something. The label shows Santa driving his sleigh carried by three pink elephants, and in the foreground a pink elephant on skis. Drinking a bottle of Delirium Noël by oneself would make these hallucinations seem as understandable as Furbish. 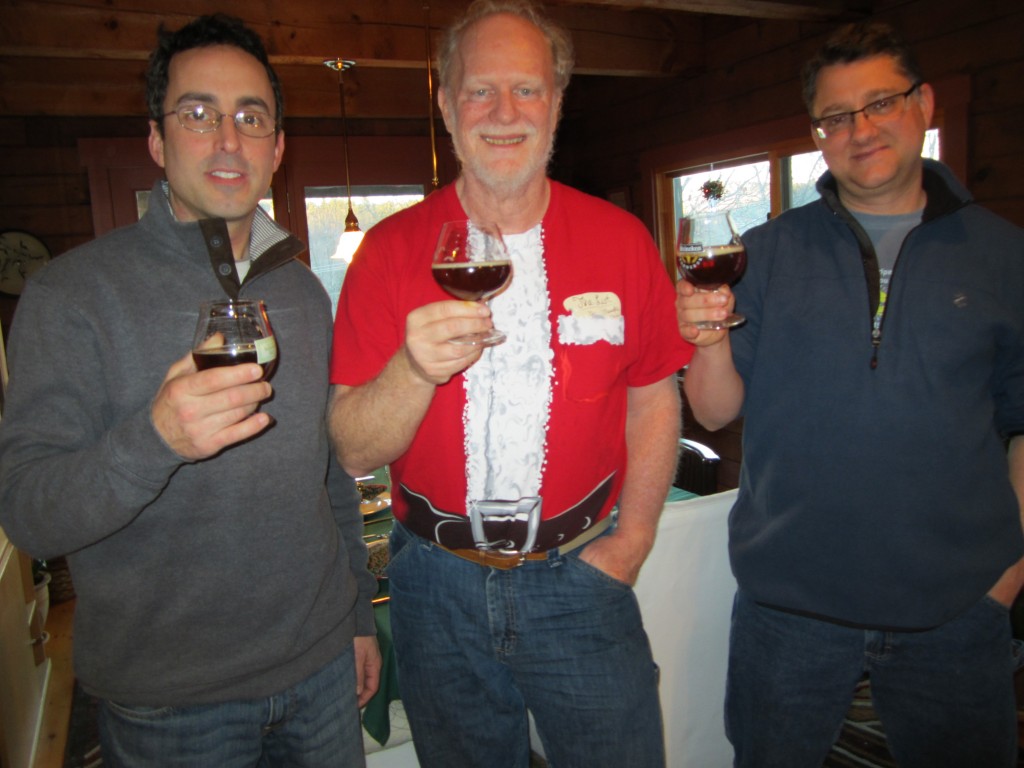