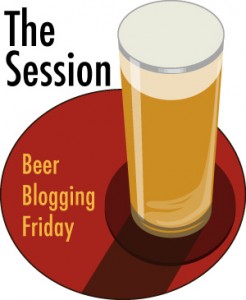 A man and his wife are sitting on their deck, having drinks, watching the sun go down. The man suddenly says, “I love you.”

“Is that you talking, or the beer?” the wife asks.

Couldn’t resist the joke, which came immediately to mind when I read The Session #72 topic. Ryan Newhouse of Montana Beer Finder wanted to know not why we love beer, but how.

Well. In my case, pretty passionately. I’ve been enraptured with beer in just about any manifestation you can name, and for a long time. Let’s say close to a half-century, and I was probably intrigued by print and (black and white) television ads for beer long before deciding to sneak my first bottle.

Back then, rolling into some dusty Texas town, spotting the beckoning neon and shuffling up to the bar to slug down a Pearl was like finding a nugget of gold in your prospecting pan. Never mind that the beer wasn’t very good. It was unique, not found anywhere else we’d ever been, and couldn’t have been more satisfying for that reason alone. 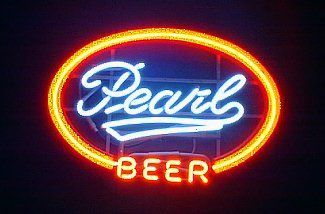 I’m unsure of the modern equivalent. Out in Denver recently I agreeably savored a pint of Pliny the Elder on tap. A traveler from the west might be as excited to roam east and land a cache of Heady Topper. Maybe those who won the recent Westvleteren lottery were similarly swept away. I hope so. Sad will be the day when the sense of romance and discovery surrounding beer evaporates.

Seven years after I left a newspaper job to become a freelance writer I did my first piece about beer: breaking the seal, so to speak, for many more to come.

But writing about beer has never dwindled into just a job. Along with my (now long suspended) homebrewing efforts, it’s only deepened my appreciation for the small miracle that winds up in my glass each day.

I start out being favorably disposed toward brewers. Theirs is, I think, a noble profession, even if the business of beer can accumulate its share of dross. I’m not sure where I would be without them.

For me a day without a beer is pretty much unthinkable. In my world, being struck down with a prohibitive liver disease would be almost as cataclysmic as entombment. Though if the former developed, the latter might prove less horrifying.

Certainly, more and richer threads than beer weave through the warp and woof of my life. But, to be sure, it’s inextricably in there, and with its own luster.

The Session is a monthly effort where beer writers around the interwebs respond to a topic question. This is the 72nd installment, so it’s been going on for quite a while. The list of responses this month can be accessed at Montana Beer Finder.