The contrarian in me has always favored off-season travel to the peak-period variety. There are all the pragmatic reasons: Lower rates, less congestion, enhanced odds of your hosts actually being happy to see you. 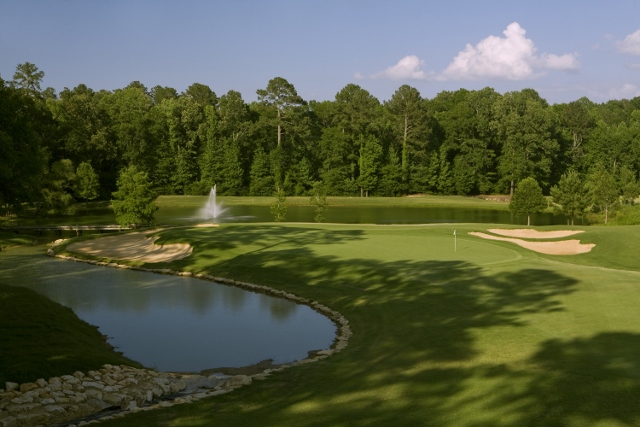 But it says here that a July or August visit to a destination like Mississippi also benefits from a dose of Southern ethos exclusive to summertime. We think of howling winds and driving rain as endemic to the British Isles links experience, even relishing the challenge. Isn’t it two-faced to complain that it’s too hot?

Thus was the invitation from the Mississippi Development Authority welcomed last spring. For golf purposes, the state divides itself into five regions and we were able to sample three of them – Pines, Capital / River, and Coastal; the others are Delta and Hills – within a compact itinerary.

Roughly equidistant from airports in Jackson and Meridian, the first stop was Dancing Rabbit Golf Club, in Choctaw. Part of a sizable casino-and-entertainment complex, Pearl River Resort, owned by the Choctaw tribe, the golf club consists of two courses, Azaleas and Oaks, both collaborations between Tom Fazio and Jerry Pate.

As resort layouts go, they’re difficult but mostly straightforward and with the requisite five sets of tees stretching to 7,000-plus yards. The comparisons to Augusta go only so far, but thanks to the magnolias, azaleas and other flora, some perspectives really do appear Masters-like.

More to the point, the 700 acres occupied by the two courses offers a great composite of the lush landscape. The two tracks even have different grassing schemes, with Bermuda greens on the Oaks, bent grass on the Azaleas.

We next teed it up at Timberton Golf Club, in just-right-sized Hattiesburg, part of the Coastal Region. Also known for its bent grass putting surfaces, Timberton was designed by Mark McCumber and has hosted PGA Tour Qualifiers, as well as the state’s open and amateur championships.

Last stop was a round in the pro-am of the aptly named True South Classic, this year to be named the Sanderson Farms Championship, at Annandale Golf Club, in Madison, part of the Capital / River Region. A Jack Nicklaus design, it’s playable at the 6,243 yards from the members tees, though naturally the pros were all the way back at 7,199 yards.

That’s enough to make a guy sweat, of course, but when I called home, it turned out that NYC was experiencing a heat wave. We were in fact a couple of degrees cooler in Mississippi.